'You are allowed to fail': David Warner backs Virat Kohli to bounce back amid criticism over poor form 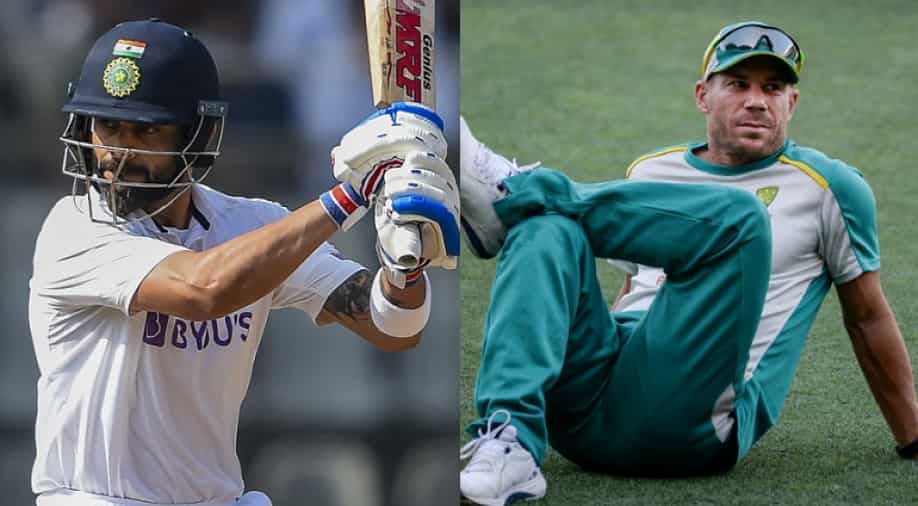 David Warner has backed Virat Kohli to bounce back from his ongoing poor form. Photograph:( AFP )

Indian Test skipper Virat Kohli has endured a lean patch in international cricket for a while now as he continues to wait for his 71st century. Kohli had last scored a hundred for India in the Pink-ball Test against Bangladesh in 2019 and has since not managed to breach the triple-figure mark even once across all three formats of the game.

His form with the willow has been questionable as Kohli has struggled to score runs consistently. In the ongoing Test series against South Africa, the batting maestro was expected to hit the ground running from the first Test in Centurion. However, he failed to get going and was dismissed cheaply in both innings.

Kohli scored 35 and 18 runs in the two innings of the first Test against the Proteas before missing the second game due to a back spasm. The Indian Test skipper has averaged only 26.07 in the 14 Test matches that he has played in the last two years with 652 runs to his name.

However, Kohli has recieved backing from Australian opener David Warner, who believes it's only about time that Kohli gets back to his old rhythm. Lauding Kohli for the high standards he has set for himself with his performances in the past, Warner said he has earned the right to fail because he is so good at what he does.

Warner also explained how the coronavirus pandemic and playing in bio-bubbles for long period might have taken a toll on Kohli's performances. He also highlighted the fact that Kohli had become a father last year and has not had much spare time to be with his family due to busy cricketing schedule.

"We have to understand Kohli’s situation too. The guy has been playing under a bubble for a long time. He has just become a father and rarely gets to see his daughter and wife. All these factors affect performance of the players. Even the best fail to cope up with tough situations sometimes," Warner said on the show Backstage with Boria.

Kohli is no more India's captain in the limited-overs formats and has a significant burden taken off his shoulders. He would be looking to make the most of it and bounce back to good form in the Indian team's ongoing tour of South Africa.