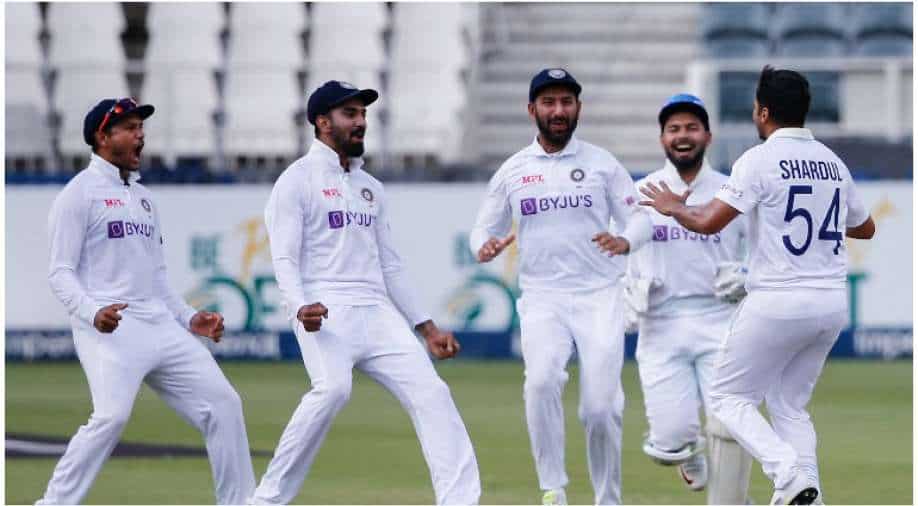 Little Master Sunil Gavaskar has lavished praise on India's star batter and says that he reminds him of SA great Hashim Amla.

India lost the second and penultimate Test versus Dean Elgar-led South Africa by 7 wickets as the threee-match series is now levelled at 1-1 with the final Test set to be held on January 11, at Newlands, Cape Town. Despite the loss, India have plenty of takeaways as they competed hard despite regular captain Virat Kohli warming the bench due to upper back spasm.

In addition, the middle-order stood tall as the likes of under-fire senior pros Cheteshwar Pujara and Ajinkya Rahane got some runs (sharing a 111-run stand for the third-wicket during India's second essay) and returning with a half-century each. Hanuma Vihari, playing for injured Kohli, also got runs in both the innings and looked impressive. After the Test, Little Master Sunil Gavaskar has lavished praise on India's No. 3 Pujara and claims that he reminds him of SA great Hashim Amla.

“When I look at him, he reminds me of Hashim. Watching Hashim bat, you know there's a sense of calm that everything is under control. The ball could be doing things but there was that sense because even on pitches where the ball was turning, the way Hashim was batting in India, it was almost as if, 'look, nothing's happening', and that's the same thing with Cheteshwar Pujara," said Gavaskar on SuperSport.

Gavaskar further termed that players with Pujara's temperament are "absolutely terrific" for the dressing room.

“It is a great, great blessing to have players of this temperament in your dressing room. (It may not be) necessarily just on the field but it's a huge plus and I think having somebody with Cheteshwar Puajra's temperament in the changing room must be absolutely terrific because in international cricket, there are several moments of tension where people would want to do this or that or the other. When you have somebody who's going to think about it calmly and give you a measured opinion it makes a big difference,” said Gavaskar.

Despite the second Test loss, India still have a chance to win their maiden series on South African soil if they win the decider in Cape Town. The visitors will hope for Kohli's return and also for Pujara to score a daddy hundred and lead the charge with the bat.