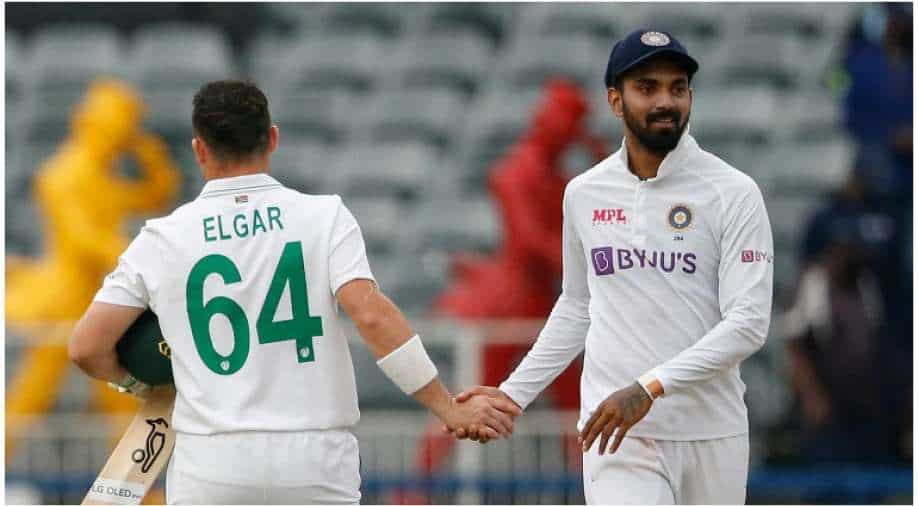 More changes are expected in the WTC points table in the coming weeks with the third and final Test between both nations, Ashes 2021's penultimate contest in Sydney and Bangladesh-New Zealand Test series finale in the latter's own backyard.

India and South Africa played out an intense second and penultimate Test, at The Wanderers, Johannesburg, where Dean Elgar-led Proteas won the clash by 7 wickets on a rain-marred fourth day on Thursday (January 6). When play resumed, SA resumed from 118-2, in pursuit of 240, chances for a win was bright for both sides, however, skipper Dean Elgar's 96 not out propelled his side to a seven-wicket win as the series got levelled with one match to go.

After the epic encounter, here's a look at the updated ICC World Test championship points table: 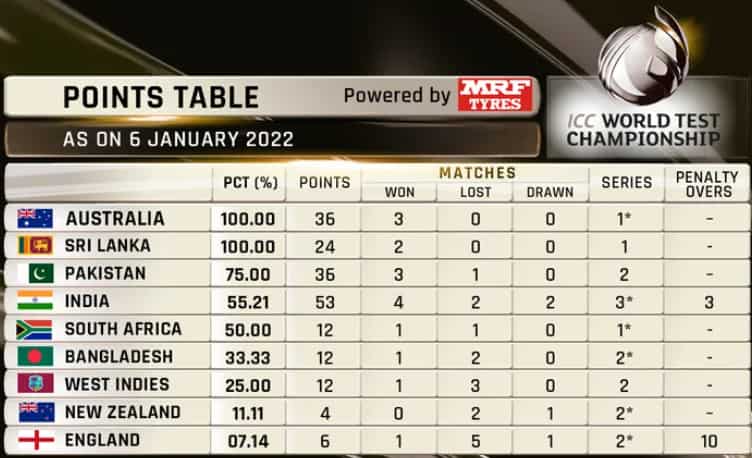 Talking about the J'burg Test, KL Rahul-led India fought hard throughout the course of the second Test sans Virat Kohli -- who was out due to upper back spasm -- despite being bundled out for 202 in the first essay Conceding a 27-run lead, India managed 266 in their second innings to setup a competitive 240-run target for the hosts. Nonetheless, Elgar's resistance proved too hard to break for the Indian bowlers as the series is now levelled at 1-1.

At the post-match presentation, Rahul told the broadcasters, "Every Test match we play, we want to win, we go out there and compete hard, but South Africa played really well and deserved this victory. We were looking to get on the field today, try and do something special, 122 to get, the pitch was playing up and down, we had a good chance, but their batters played really well. If I want to be harsh, the first innings total of 202 was at least 50-60 runs short, we should have scored more and put them under pressure. Shardul (Thakur) has been superb for us, has won us a lot of games, he bowled well in the first innings and gave us a chance today as well. They have been great players for us (on Pujara and Rahane), have always done the job for us over the years, have been under the pump recently, but we believe Pujara and Rahane are our best middle-order players, to go out there, bat in that mindset and play such an innings. It'll give them confidence and make them do even better in the next Test. Virat is already feeling better, he's been doing a bit of fielding and think he'll be fine. With Siraj, we need to monitor him in the nets. It's tough to come back immediately from a hamstring issue, but we do have a good bench strength in the form of Umesh and Ishant. We expected this when we came here, every Test will be competitive and challenging, we'll be more hungrier after this disappointing loss. Looking forward to Cape Town and the third Test.

More changes are expected in the WTC points table in the coming weeks with the third and final Test between both nations, Ashes 2021's penultimate contest in Sydney and Bangladesh-New Zealand Test series finale in the latter's own backyard.