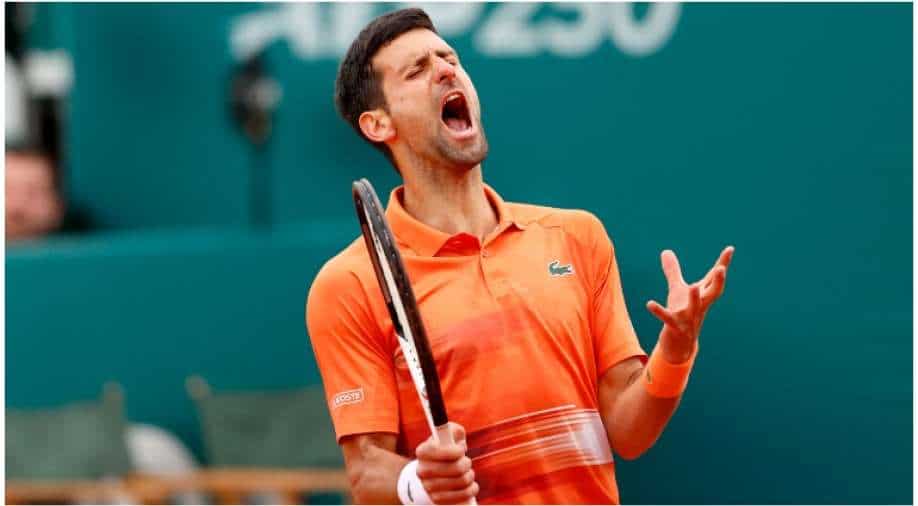 World number one Novak Djokovic eased past Hubert Hurkacz with a routine 6-3 6-4 victory on Friday to advance to the Madrid Open semi-finals, as he bids for a fourth title in the Spanish capital. Djokovic looked much more like his usual self at the Manolo Santana Stadium on a sunny day in Madrid as he continued to work his way back towards top form ahead of the French Open, which begins later this month.

Having raced to a 3-0 lead in the first set, Djokovic closed it out in 36 minutes and maintained the pressure in the second. He got the crucial break at 3-2 and triumphed after an hour and 20 minutes.
Djokovic sent down 16 winners while he did not face a break point from Hurkacz, and extended his perfect record against the Pole to 4-0.

"The first set I think we both didn`t play so great, took us both time to adapt to conditions," Djokovic said. "Second set, I think better quality tennis. I was serving really well. I am pleased with the way I was constructing the point." Djokovic will face the winner of the match between world number four Rafa Nadal and Carlos Alcaraz, which takes place later on Friday, for a place in the final.

"They`re the two best players this year, with the results they`ve had," Djokovic said. "Rafa is playing well, it didn`t seem like anything is bothering him in the last few matches... He`s very close to his best.
"And Carlos as well, I mean he`s living the dream isn`t he? He`s playing amazing tennis and he`s improved so much... It`s going to be a good match."