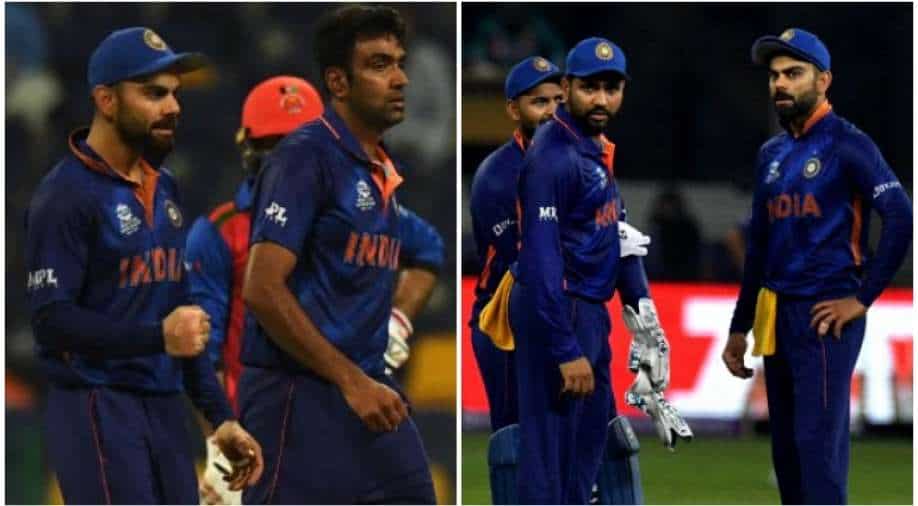 Rohit Sharma spills the beans on his conversations with R Ashwin Photograph:( AFP )

Virat Kohli-led India squared off with Afghanistan in match 33 of the T20 World Cup 2021 edition, being held in the UAE, on Wednesday (November 3). Kohli & Co. were on the back foot after twin defeats in the Super 12 round and had to win to keep their slim chances of qualifying for the semi-finals alive.

While the Indian batters had a memorable day on the field, Ashwin also made a mark with his tidy spell. For the unversed, Ashwin returned to the limited-overs line-up after a gap of four years (1,578 days). His last match for Team India in the shorter formats was on July 9, 2017. Nonetheless, the wily off-spinner didn't show any signs of nerves as he dismissed the likes of Najibullah Zadran and Gulbadin Naib.

It is important to note that Ashwin not only made a staggering comeback in limited-overs, but he played his first game for Team India after the WTC final. Not being a part of the playing XI for so long could've dented Ashwin's mindset, but the experienced campaigner proved his worth once again in the face-off versus Afghanistan.

Post the Afghanistan clash, Rohit (who returned with the Player-of-the-Match award) revealed the hilarious conversations he has had with Ashwin, during India's tour of United Kingdom early this year, when the latter hardly got a game.

Here's what Rohit had to say:

his press conferences are genuinely the best things ever. pic.twitter.com/IAsIV3AKDd

At the post-match presentation, Kohli also lavished praise on Ashwin and said, "The return of Ash (is the biggest positive), we saw him doing well in the IPL and when he does this, we get control in the middle overs. That's what I'm most pleased about (today)."

India will now gear up to face Scotland on Friday (November 5), at Dubai International Cricket Stadium, Dubai. They will play their last game versus Namibia and hope for two big wins, along with other results favouring them, to proceed to the semi-finals.