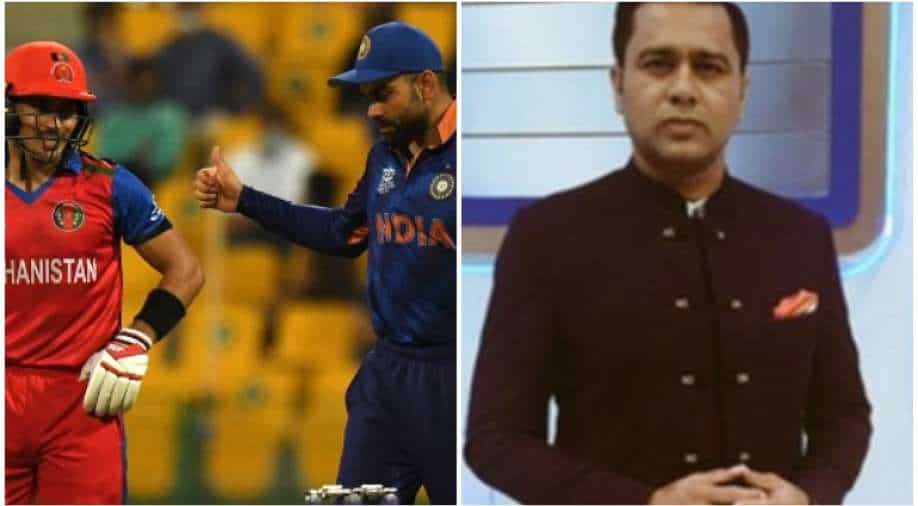 T20 World Cup: A Pakistani actor accused BCCI of fixing the India-Afghanistan tie after the Men in Blue thrashed the Afghan side. To this, Aakash Chopra came with an epic response.

Virat Kohli-led India thrashed Afghanistan by 66 runs in their third clash of the Super 12 round in the T20 World Cup, on Wednesday (November 3) at the Sheikh Zayed Cricket Stadium, Abu Dhabi. Being asked to bat first, India rode on scintillating half-centuries from openers Rohit Sharma (74) and KL Rahul (69) as the one-time winners posted a mammoth 210-2 in 20 overs.

In reply, Afghanistan lost early wickets and were restricted to 144-7 courtesy Mohammed Shami's 3-fer and R Ashwin's 2 for 14. Despite India's convincing win, a Pakistani actor named Sehar Shinwari wasn't impressed with the Indian team and accused the BCCI of 'fixing' the India-Afghanistan face-off.

Shinwari responded to former Indian opener-turned-commentator Aaksh Chopra's tweet, where the latter lauded Team India and wrote, "This is how it is done. India played like India". To this, the actor wrote, "BCCI bought a good match".

Nonetheless, Chopra had the last laugh as he came up with an epic response and slammed the actor. Here's how it all panned out:

Despite the big win, India still remain alive in the semi-finals race but need to emerge on top of their oppositions in the remaining two fixtures and also hope for other results to favour them. The Kohli-led Indian team will next lock horns with Scotland, on Friday (November 5), whereas they will play their last match in the Super 12 round versus Namibia.

After beating Afghanistan, Indian captain Kohli said at the post-match presentation, "We spoke about the fact that in the other games, if we just had two overs of free-flowing batting, then that sends a message to the opposition that we are going to put you under the pump. When we do that, we know how we can play. Sometimes, you do fall to the pressure and have to accept that. T20 cricket is a very instinctive game, in batting, bowling and decision-making. We do make decisions on the go."