Now, Usain Bolt to clash against Robbie Williams in football 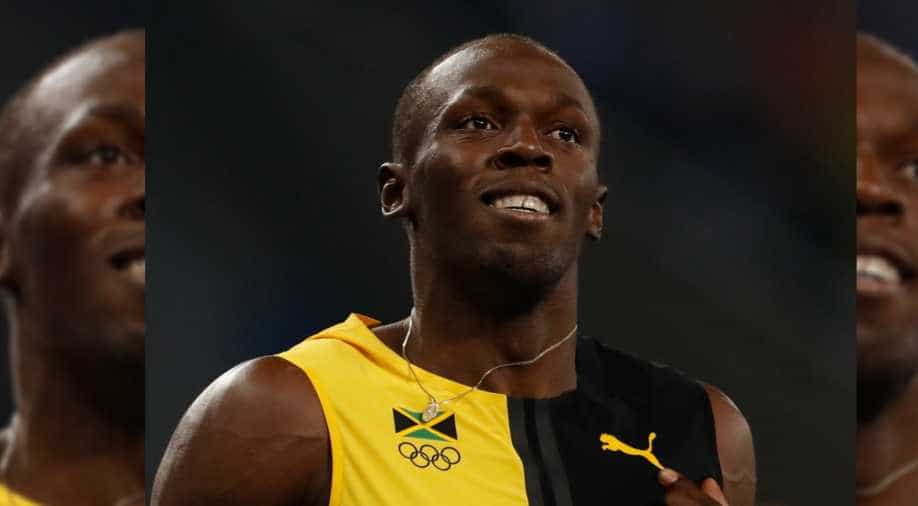 A file photo of Usain Bolt. Photograph:( Others )

Usain Bolt, the fastest man on earth has finally revealed that which football team he has signed for after announcing his interest to conquer the football field since retiring from sprint racing last year.

Multiple Olympic champion Usain Bolt is a die-hard Manchester United fan but his football debut is not for The Red Devils, it is actually for the 'Rest of the World' team in the charity match.

Earlier he had revealed playing football is something that he wants to pursue and since then, the world was waiting for his arrival on the football ground.

He will lead the 'Rest of the World XI' against 'Robbie Williams' England' side on Sunday, June 10 at Soccer Aid 2018 Old Trafford.

Soccer Aid, which has raised over £20 million for UNICEF was started in 2006. The event previously featured Diego Maradona, Zinedine Zidane and Peter Schmeichel, along with celebs such as Will Ferrell, Woody Harrelson and James McAvoy.

The Jamaican multi-time sprint champion also took to the racing track to greet young fans and show off his trademark 'lightning bolt' pose.

I've signed for a football team! Find out which one this Tuesday at 8am GMT ???? pic.twitter.com/iFTlWxfy7x

Excited to announce that I will be playing in @socceraid for @UNICEF_uk 2018 at Old Trafford on Sunday 10th June. Make sure you're ready @robbiewilliams! ⚽️???? pic.twitter.com/t2sDB1iLP8

.@UsainBolt and @RobbieWilliams to go head-to-head at Old Trafford this summer... all in the name of charity, of course!