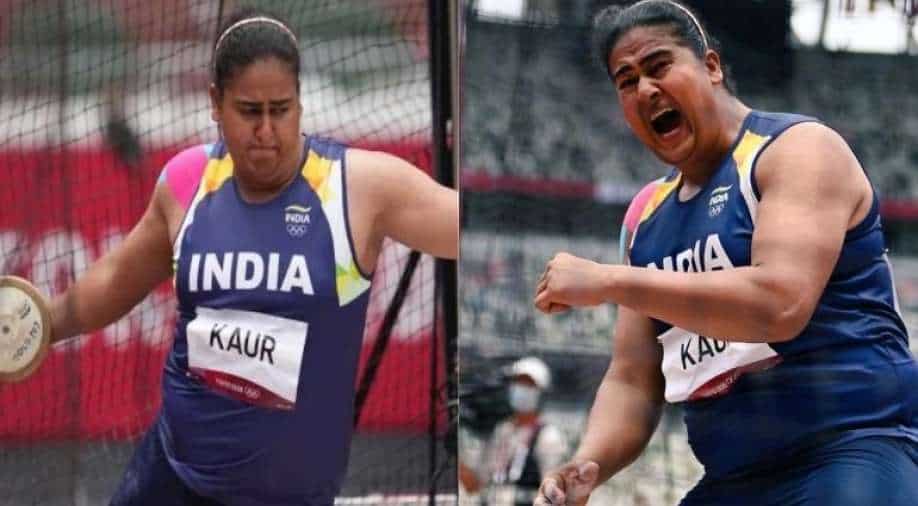 Indian discus thrower Kamalpreet Kaur made it into the finals in the Tokyo Olympics 2020 on Saturday after producing one of the best performances in the qualifying round.

Her monstrous throw took her ahead of defending gold-medallist Sandra Perkovic (63.75m) of Croatia and reigning world champion Yaime Perez (63.18) of Cuba.

After a slow start with a throw of 60.29m, Kamalpreet Kaur pulled out a monster throw of 64m in her third attempt to qualify for the final of women's discus throw event! 👏#StrongerTogether | #UnitedByEmotion pic.twitter.com/BwO8cIMgF4

The 25-year-old sent the discus to a distance of 64m in her third and final attempt to be one of the only two automatic qualifiers for the final round. The American athlete, Valarie Allman, was the only one above Kaur and threw at a distance of 66.42m.

Kamalpreet Kaur kicked off with a 60.29m effort and then improved it to 63.97m before her third throw of 64m.

However, veteran Seema Punia crashed out of the qualification round after finishing sixth with a below-par best throw of 60.57m.

Punia, on the other hand, fouled her first throw and had 60.57m and 58.93m in her next two attempts to make an exit from what would be her last Olympics.

Punia has won a medal each in all four CWGs since 2006 -- three silver and one bronze in all. She also won a gold and a bronze in the 2014 and 2018 Asian Games respectively.