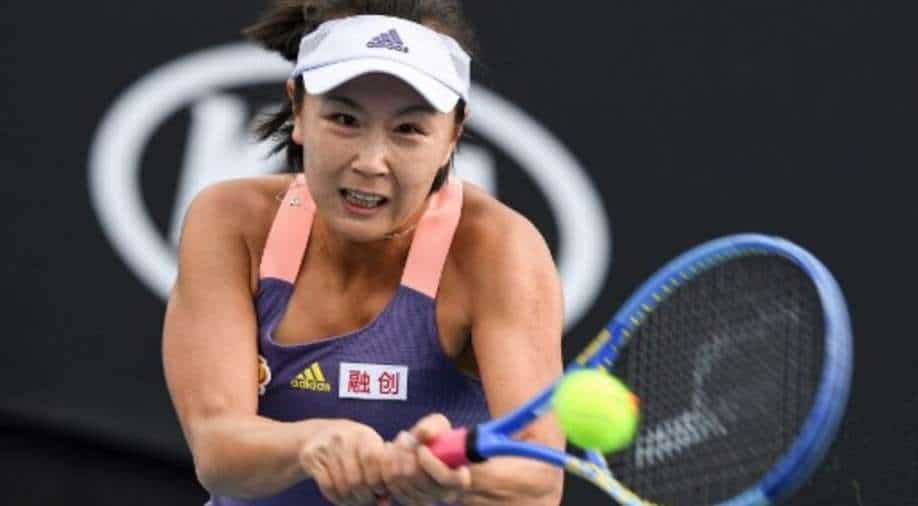 Temporary disappearances from public life following a scrape with authority is not something that is unheard of in China. This has happened before — Jack Ma, Fan Bingbing are some examples but Peng Shuai's case raised several questions

Chinese tennis player Peng Shuai claimed that a powerful politician sexually assaulted her. In a social media post, Shuai accused a former Chinese vice premier of forcing her into sex several years ago, she also said that he coerced her into sex and they later had an on-off consensual relationship.

In the era of #MeToo, if allegations are against politicians, celebrities or popular personalities, then it gets global coverage and a similar thing happened in Peng Shuai's case as well. Her claims were against Zhang Gaoli, who became a member of the Politburo Standing Committee - China's top decision-making body.

However, the tennis player went 'missing' as she was not heard from or seen publicly for days after making the allegations. Her social media post (on Weibo) was deleted within hours the topic remains blocked from direct online discussion.

But it got highlighted when globally when the Women's Tennis Association (WTA) called on the Chinese government to investigate allegations of sexual assault made by the player and also urged the player to make a public appearance.

IN PICS | Peng Shuai: World seeks answers as Chinese tennis player goes 'missing'; Here's is what we know so far

The issue was escalated when top tennis players raised concerns about the whereabouts of Shuai. From Naomi Osaka to Serena Williams to Novak Djokovic, players asked that "Where is Peng Shuai?" and urged the tennis world to unite.

On one side, the women's tennis governing body kept pressing Chinese authorities over the whereabouts of Shuai and kept raising the issue on a global platform.

On the other side, Chinese state media journalists attempted to ensure the world that Peng Shuai is "safe". Firstly, they released a letter perturbed from the player. After that photos emerged and then a video.

However, WTA wasn't convinced that the player is actually safe as it said that the photographs and video footage of the Chinese tennis star do not address the association's concerns about her.

Then, International Olympic Committee (IOC) President Thomas Bach interacted virtually in a 30-minute long video call with Shuai and the details were published on the website.

WTA re-iterated that Shuai's video call with the IOC president did not address or alleviate concerns about her well-being. "It was good to see Peng Shuai in recent videos, but they don't alleviate or address the WTA's concern about her well-being and ability to communicate without censorship or coercion," a WTA spokeswoman said in an e-mail.

And on being asked about the call with the IOC, the spokeswoman said: "This video does not change our call for a full, fair and transparent investigation, without censorship, into her allegation of sexual assault, which is the issue that gave rise to our initial concern."

But if IOC's efforts are not enough to make the world believe that Peng Shuai is safe, then what's next?

The entire saga emerged as a curious case of a battle between China and the rest of the world that could do nothing more than just raise concerns and question the authorities. Temporary disappearances from public life following a scrape with authority is not something that is unheard of in China. This has happened before — Jack Ma, Fan Bingbing are some examples.

Is Peng Shuai is really safe?