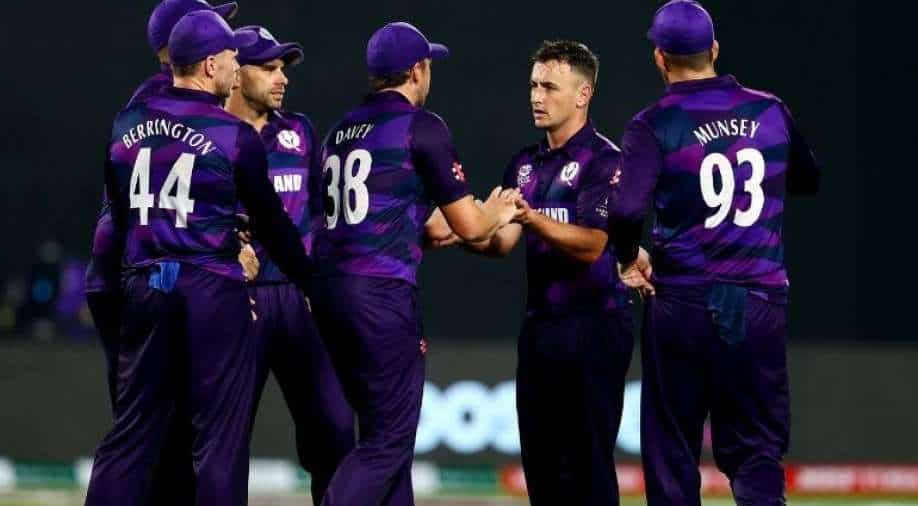 Scotland chased down 123 with 8 wickets remaining after restricting Oman at 122 in their last group stage match.

Scotland beat Oman by eight wickets to enter the Super 12s of the ICC T20 World Cup here on Thursday.

Scotland dished out a clinical bowling effort to bundle out Oman for a below-par 122 in their final first round Group B match.

Chasing 123 for victory, Scotland completed the task with as many as three overs to spare.

Skipper Kyle Coetzer made a brisk 28-ball 41 to get the team off to a flying start at the Al Amerat Cricket Ground.

Coetzer put on 33 runs for the first with George Munsey (20) and then added 45 runs for the second wicket with Matthew Cross (26) to help his side inch closer to victory.