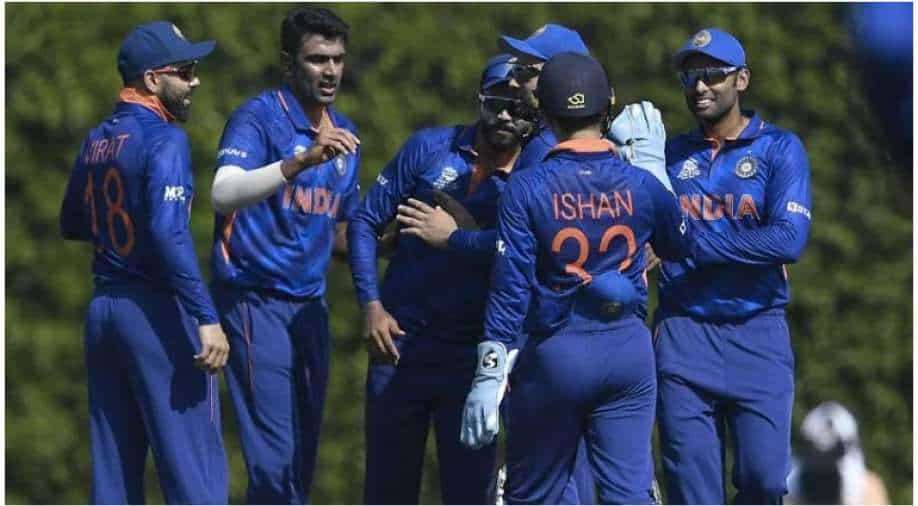 Ahead of the main draw of the T20 World Cup 2021, Inzamam-ul-Haq stated that Virat Kohli-led India have a strong chance to win their second title in the tournament-history.

The main draw of the T20 World Cup 2021 is set to commence from Saturday (October 23). The qualifying round kicked off the tournament, on October 17, but all eyes are on the Super 12 round that will see all the major teams lock horns with each other and fight for the four semi-final spots.

India will take on Pakistan in what will be both sides' tournament-opener on October 24 (Sunday), at the Dubai International Cricket Stadium, Dubai. Ahead of the blockbuster face-off, former Pakistan chief selector and captain Inzamam-ul-Haq shared his thoughts on the epic rivalry and explained why Virat Kohli-led Team India have a very good chance to return with the coveted title.

"In any tournament, it cannot be said for certain that a particular team will win. It's all about how much chance do they have of winning it. In my opinion, India have a greater chance than any other team of winning this tournament, especially in conditions like these. They have experienced T20 players as well," Inzamam said on his YouTube channel.

"India played their warm-up fixture against Australia rather comfortably. On subcontinent pitches like these, India are the most dangerous T20 side in the world. Even today, if we see the 155 runs they chased down, they did not even need Virat Kohli to do so," he added.

He further opined on the Indo-Pak rivalry and said, "The match between India and Pakistan in the Super 12s is the final before the final. No match will be hyped as much as this one. Even in the 2017 Champions Trophy, India and Pakistan started and finished the tournament by facing each other and both the matches felt like finals. The team winning that match will have their morale boosted and will also have 50 percent of pressure released from them."

India have a 5-0 lead over the Babar Azam-led Men in Green in the T20 WC history. However, they won't like to take the arch-rivals lightly as Pakistan have enough firepower to stun a rampant Indian team.

India and Pakistan are placed in Pool B along with New Zealand and Afghanistan whereas England, West Indies, Australia and South Africa are in Pool A. Four more teams will join the Super 12, two in each group, from the qualifiers.