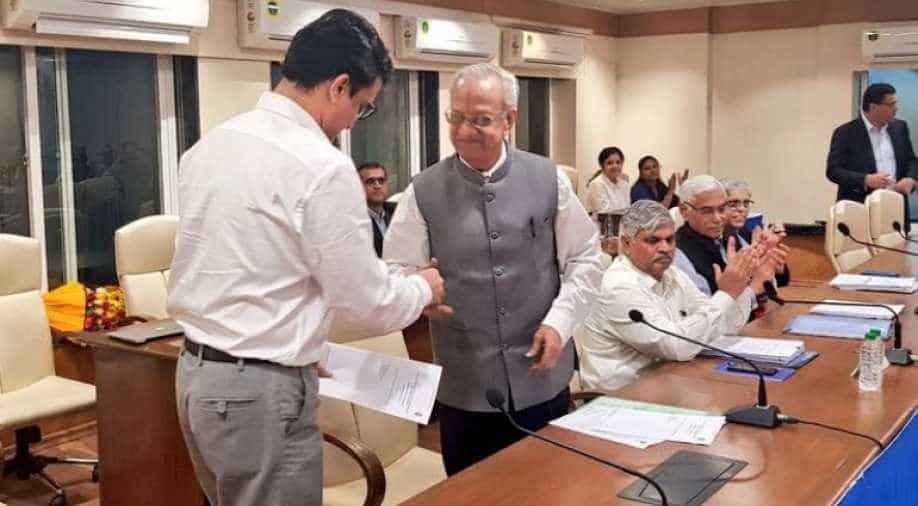 Since 2017, the BCCI is being run by administrators appointed by the Supreme Court after its office-bearers failed to implement administrative reforms.

Former Indian cricket captain Sourav Ganguly on Wednesday took over as the president of the all-powerful Board of Control for Cricket in India (BCCI).

Ganguly is the 39th president of the BCCI. After 33 months of Committee of Administrators (CoA) being in charge Ganguly was elected the president unopposed.

Since 2017, the BCCI is being run by administrators appointed by the Supreme Court after its office-bearers failed to implement administrative reforms within the world’s richest national cricket body.

It's official - @SGanguly99 formally elected as the President of BCCI pic.twitter.com/Ln1VkCTyIW

The former left-handed batsman, who played 113 tests and 311 one-day internationals and led India to 21 test wins, has already been an administrator for his home state association.

He was part of the BCCI’s technical panel in the past and also part of a three-member Cricket Advisory Committee, alongside Sachin Tendulkar and VVS Laxman.

Earlier, Ganguly said he had never aspired to be BCCI chief but hoped his experience as a former captain would stand him in good stead.

Cricket is almost a religion in India. Its star players are the highest-profile athletes and enjoy rockstar status in the world’s second-most populous country.