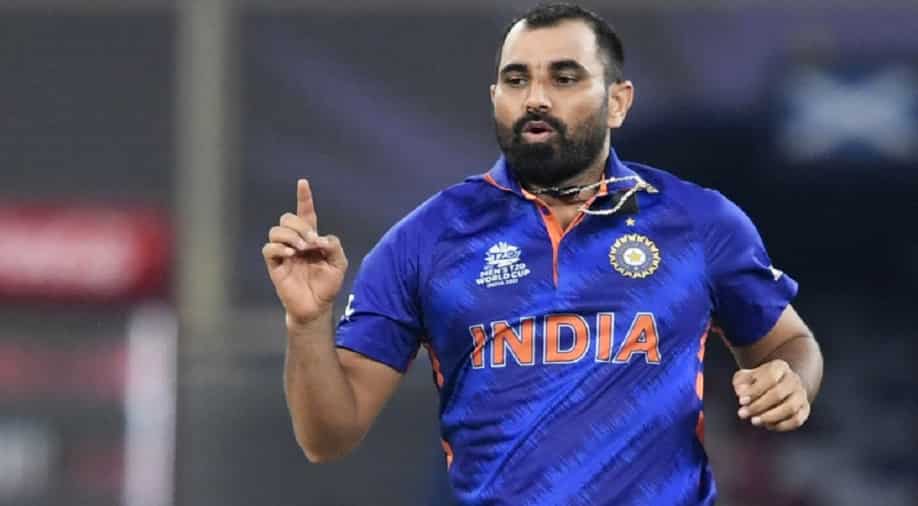 Former India pacer Ashish Nehra believes Mohammed Shami is not in the scheme of things for India ahead of the T20 World Cup 2022 in Australia this year.

Mohammed Shami is one of the most experienced fast bowlers in the Indian setup at present but is unlikely to be part of the Indian squad for the upcoming T20 World Cup 2022, as per former India cricketer Ashish Nehra. Nehra believes Shami is not in the scheme of things for India ahead of the T20 World Cup 2022 which is just four months away. The next edition of the showpiece event will be played in Australia this year.

Shami was part of the Indian squad which had a disappointing campaign in the T20 World Cup 2021 in UAE last year. He featured in India's clash against Namibia at the World Cup and has since not managed to play a single T20I for the Men in Blue. He is not part of India's squad in the ongoing T20I series against South Africa at home.

While many believe he has a chance to make his comeback in the T20I side ahead of the World Cup, Nehra feels Shami won't make the cut. However, the former India pacer backed Shami to be part of India's squad for the 2023 ODI World Cup which will be played at home next year.

"Seems like he doesn't feature in the current scheme of things for the T20 World Cup. But we all know about his abilities. Even if he doesn't play in this year's T20 World Cup, India will definitely consider him for the 2023 World Cup at home. We don't have many ODIs this year and Shami is on a break at the moment after the IPL. India can play him in England for the 50-over games after the Test match," Nehra said on Cricbuzz.

Also Read: Should be mandatory for every IPL franchise to have a women's team: Lalit Modi

Shami, who has been rested from the ongoing series against South Africa at home, will return to action when India take on England in the final sixth Test in July. He is expected to spearhead India's pace attack along with Jasprit Bumrah in the one-off Test match. Nehra wants India to play Shami in the white-ball matches as well after the Test match in order to have a full-strength bowling attack.

"We don't have many ODIs this year and Shami is on a break at the moment after IPL. India can play him in England for the 50-over games after the Test match. You will play three ODI games against a top-quality white-ball team like England, and you would definitely love to beat them. And for that, you need your best bowlers. I would definitely take Shami in that bracket," said Nehra.

Shami along with the likes of captain Rohit Sharma, Virat Kohli and Bumrah had been rested from the T20I series against South Africa. India will next tour Ireland for a limited-overs series following the conclusion of the ongoing South Africa series before heading to England.