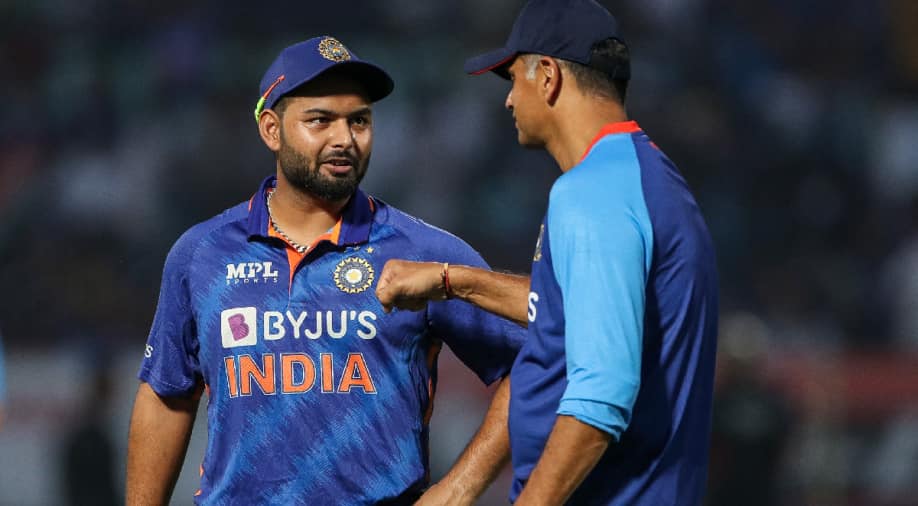 Danish Kaneria has made an absurd claim about Rishabh Pant. Photograph:( AFP )

Former Pakistan spinner Danish Kaneria has raised questions over the fitness standards of India's stand-in captain Rishabh Pant ahead of the fifth T20I against South Africa on Sunday.

Rishabh Pant has not enjoyed the best of time with the bat in the ongoing T20I series against South Africa at home. The stand-in skipper of the Indian team has been lauded by many for his captaincy but his form with the bat has been a major concern for the hosts with T20 World Cup 2022 just four months away. Pant has so far managed to score only 57 runs in the ongoing five-match series against the Proteas.

The series is currently tied at 2-2 after India defeated South Africa comprehensively by 82 runs in the 4th T20I on Friday. The series-decided will be played at the M.Chinnaswamy Stadium in Bengaluru on Sunday (June 19). Ahead of the decider, former Pakistan spinner Danish Kaneria made a bizarre statement raising questions over Pant's fitness amid his poor form.

Speaking in a video on his YouTube channel, Kaneria pointed out at the shortcomings as far as Pant's wicket-keeping is concerned. The former Pakistan cricketer said he has noticed that Pant doesn't squat lower or sit on his toes when keeping to pacers and that it seems like he is 'overweight'.

Also Read: 'He kept on sexually molesting me': Pakistan cricket Board suspends coach after shocking allegations

“I want to talk about Pant's wicketkeeping. I've noticed one thing – he doesn't squat lower and sit on his toes when a fast bowler is bowling. Seems like he is overweight and being bulky doesn't give him that much time to come up quickly. It raises concern over his fitness," said Kaneria.

"Is he 100 per cent fit? But when it comes to his captain, bowlers and batters including Hardik and Karthik have supported him well. Pant also has a chance to become the first captain to win a T20 series against South Africa,” added the former Pakistan spinner.

India rode on Dinesh Karthik's heroic knock of 27-ball 55 and Hardik Pandya's 46 off 31 balls to post 169 runs on the board in the 4th T20I against the Proteas on Friday. Avesh Khan then bowled an exceptional spell to pick up a four-wicket haul and run through the South African batting line-up.

India bundled out the Proteas for a paltry 87 runs to win the game by 82 runs and level the series 2-2. The spotlight will be on Pant when India lock horns with South Africa in the series-decided in Bengaluru on Sunday. The Indian skipper will be hoping to prove his critics wrong with the bat in the final game of the series.