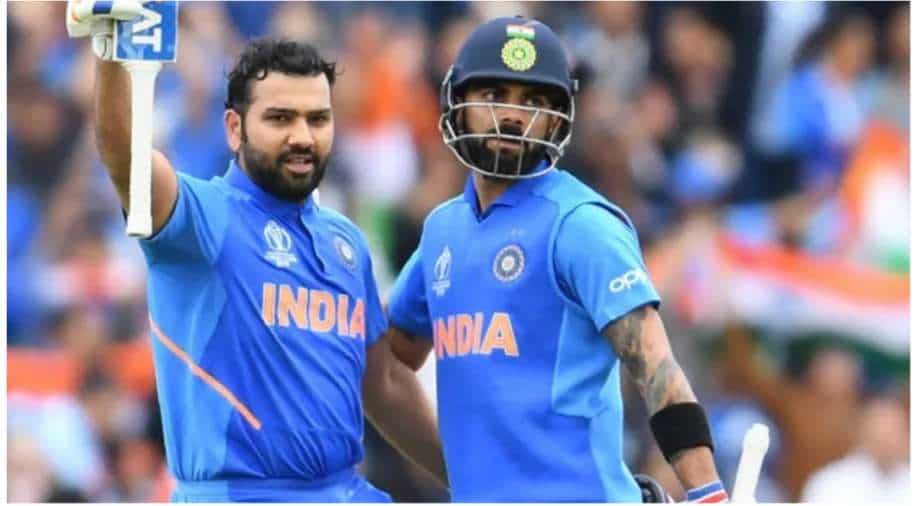 Recently during an interaction, BCCI treasurer Arun Dhumal was asked to comment on Virat Kohli vs Rohit Sharma debate among fans. Here's his take:

Since the early 2010s, both Rohit Sharma and Virat Kohli have been the mainstays of Team India. While both the cricketers have a huge following, their fans often engage in a tussle on social media platforms regarding who is the best among the duo.

However, when the Board of Control for Cricket in India (BCCI) treasurer was asked to comment on the Kohli vs Rohit debate on social media, Arun Dhumal gave an interesting take.

"We never think about it. It is the passion of fans that drives them and this debate. When you are attached to an emotion, then you tend to say all that. And social media is a platform where you can talk about anything. They speak their heart out because there are no restrictions. That is why people think it persists. We saw the same with Sunil Gavaskar and Kapil Dev, or later between Sourav Ganguly and Sachin Tendulkar. On social media, matters amplify to an extent that people believe all this is true," Dhumal stated in a video posted on senior journalist Vimal Kumar's YouTube channel.

Dhumal also spoke about the much-talked about Kohli vs BCCI captaincy saga. "As far as the issue of captaincy is concerned, it was his call. He decided that mujhe ab nahi karni hai captaincy (that I don’t want to captain). It is possible that someone feels it’s best to do it after the World Cup, but that is their point of view. But he wanted to quit, and it was purely his decision. And we respected it. He has contributed so much to Indian cricket that everyone in the cricket board respects him. We would like to see Virat in action on the ground," he added.

Both Rohit and Kohli are indispensable to the Indian cricket team and are expected to reunite for India's upcoming Asia Cup 2022 campaign. At present, Kohli has been rested for India's ongoing white-ball tour of West Indies.