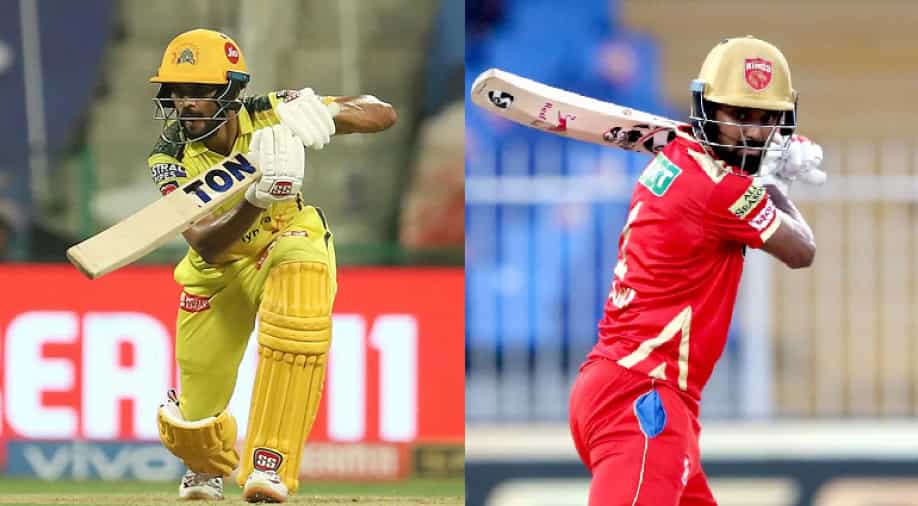 West Indies legend Brian Lara lavished praise on CSK opener Ruturaj Gaikwad and compared him to KL Rahul after his magnificent ton against Rajasthan Royals in IPL 2021 on Saturday.

Chennai Super Kings (CSK) opener Ruturaj Gaikwad wowed the fans with his terrific batting in his side's clash against Rajasthan Royals (RR) in IPL 2021 on Saturday. Gaikwad notched up his maiden IPL century with a last-ball six against RR and helped CSK post a strong total of 189/4 on the board in 20 overs. It was an amazing display from the stylish right-hander, who has been enjoying a stellar run this season.

West Indies legend Brian Lara was left in awe of Gaikwad, lavishing praise on him for his complete batsmanship in his tremendous knock of unbeaten 101 off 60 balls against RR at the Sheikh Zayed Satdium in Abu Dhabi. Lara said Gaikwad's knock proved one can score big runs in T20 cricket with orthodox shots as well.

Gaikwad got off to a slow start in the game but changed gears swiftly after settling down in the middle. He needed 5 runs off the final two balls in the last over to reach his maiden IPL century. The right-hander went on to miss the penultimate delivery of the 20th over before smashing as six off the last ball from Mustafizur Rahman to finish with 101 not out off just 60 balls. His knock was laced with nine fours and five sixes.

"Yeah, he could have been 135 if he had got more strike in the end overs. But it was a complete show of batsmanship. That's what I like about him, seeing how he put that innings together, how he surged in the second half of the innings. He was just tremendous to watch," Lara said on Star Sports as he lavished praise on Gaikwad.

The West Indies legend further added that he would now put Gaikwad in the same category as Indian star and Punjab Kings captain KL Rahul, who is also known for his elegant style of batting.

"He shows that you can play good cricket shots and still score big runs. And that's what I am proud of as a batsman. It was just remarkable and unbelievable. I will put him now in the KL Rahul category," Lara added.

Gaikwad's terrific knock, however, went in vain as CSK suffered a seven-wicket defeat in the game. Despite posting a huge total of 189 runs on the board, CSK bowlers couldn't defend the target and were mauled by the RR batsmen. Openers Evin Lewis (27 off 12) and Yashasvi Jasiwal (50 off 21) got RR off to a brilliant start before Shivam Dube's unbeaten 64 off 42 balls helped them chase down 190 runs with 15 balls to spare.