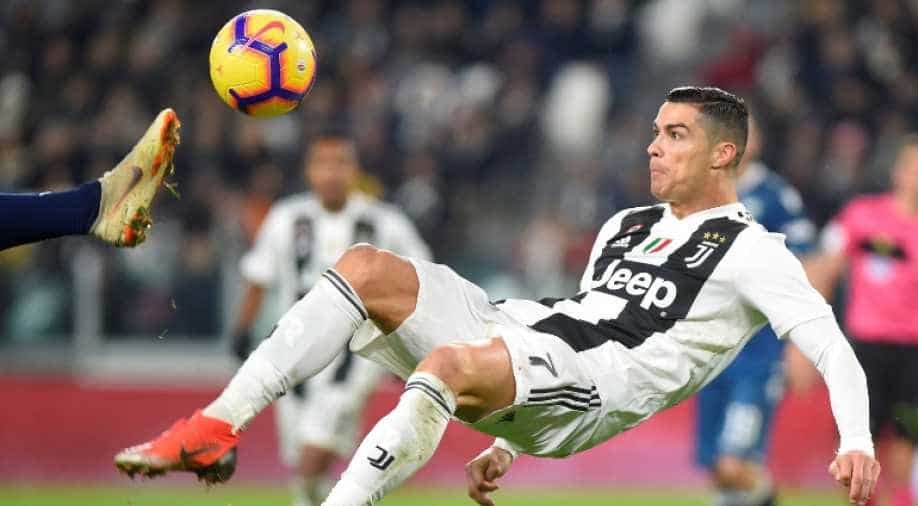 Massimiliano Allegri’s side have now collected 37 points from a possible 39 and hold a significant lead over second-placed Napoli on 28 points ahead of their game against Chievo.

Juventus moved nine points clear at the top of Serie A with a 2-0 win over SPAL on Saturday as Cristiano Ronaldo's strike made him the league's joint-top scorer.

Goals either side of the break from the Portugal international and Mario Mandzukic earned Juve their 12th win of an unbeaten start to the league season, with Ronaldo joining Genoa striker Krzysztof Piatek on nine goals.

Massimiliano Allegri’s side have now collected 37 points from a possible 39 and hold a significant lead over second-placed Napoli on 28 points ahead of their game against Chievo on Sunday.

Juventus appeared to have taken the lead after just 10 minutes when SPAL defender Felipe deflected a cross into his own net, but the effort was disallowed after Mandzukic was penalised for encroaching in the penalty box as Alfred Gomis took his goal kick in the build-up.

After half an hour, Ronaldo opened the scoring with a controlled left-footed finish into the corner from Miralem Pjanic’s free kick, becoming the first player since Pietro Anastasi in 1968-69 to reach nine goals in 13 games for the club.

Juventus, one of three teams in Europe’s top five leagues to have scored in every league game this season along with Barcelona and Paris St Germain, doubled their lead on the hour mark shortly after Douglas Costa had rattled the post from a tight angle.

Costa’s powerful shot was parried by Gomis into the path of Mandzukic, who tapped in from close range on the night that he captained Juventus from the start for the first time.

Ronaldo threatened to add a second, forcing Gomis into a smart save from distance before shooting wide from a promising position as Juventus strolled to a comfortable victory.

In the early kickoff, Davide Nicola masterminded a 1-0 win over AS Roma on his debut as Udinese coach, ending a 10-match losing run for his new club in the fixture.

Rodrigo De Paul scored the only goal of the game early in the second half to move Udinese above Bologna into 16th place on 12 points, while Roma remained on 19 points in seventh.