Review | All or Nothing: Tottenham Hotspur - Jose Mourinho masterclass so far 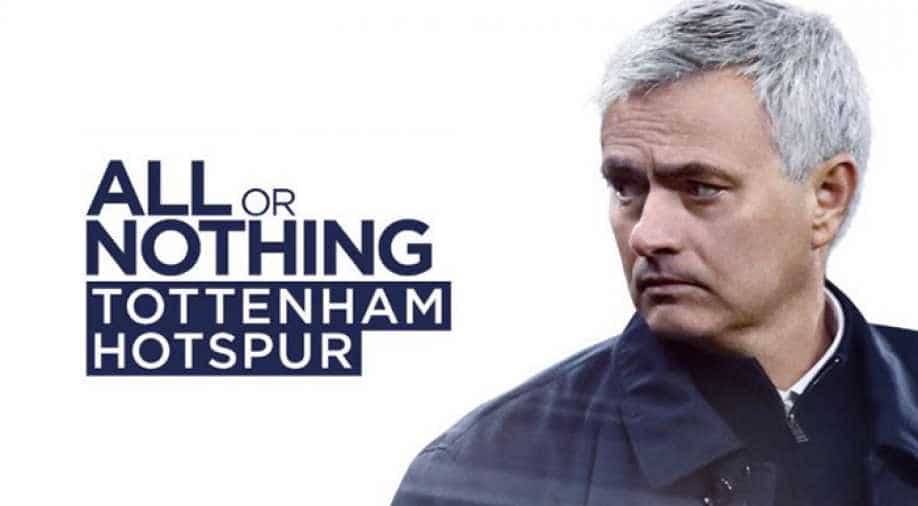 The first three episodes of the much-awaited series All or Nothing: Tottenham Hotspur was released on OTT platform Amazon Prime on Monday as the docu-series gave a glimpse of life is inside the London club.

The first three episodes of the much-awaited series All or Nothing: Tottenham Hotspur was released on OTT platform Amazon Prime on Monday as the docu-series gave a glimpse life is inside the London club.

While the sacking of Mauricio Pochettino and appointment of ‘special one’ Jose Mourinho was one of the most-talked-about incidents in the footballing world when it comes to 2019-20 season, the series, with an unprecedented access to Tottenham Hotspur, provided fans with the ups and downs of the club following their super successful season in 2018-19 where they managed to get to the final of UEFA Champions League.

The series starts with life under Pochettino in what became his final few months with the club. Tensions started to broil, cracks started to appear as players became ‘clueless’ in the start of 2019-20 season as Tottenham found themselves in the bottom-half of the Premier League table while struggling in the UEFA Champions League group stage.

Boss Daniel Levy, who is shown as a passionate businessman, is forced to take 'harsh' calls for the betterment of the club, sacks Pochettino to appoint Mourinho as his successor in the club. Pochettino’s sacking came after five and half years with the London club.

"My heart was telling me, 'don't do it'. My brain was telling me 'I need to' - it was more than just an employer-employee relationship," Levy is seen saying.

But after disappointment of Pochettino’s sacking, the buzz returns with Mourinho. Players are alerted as they are seen discussing the appointment. “He is going to be super tactical”, “He is the most tactical coach in the world,” the players discuss.

As soon as Mourinho takes charge of Tottenham, we see the Portuguese in new avatar. During his initial days in the club, pundits start criticizing Mourinho for losing his ‘aura’ in the football management world. The Portuguese simply walks and shuts the TV off. The tactical masterclass follows.

The first three episodes mainly focus on how Mourinho builds relationship with his players and fans, who know him as ‘Mr Chelsea’. Even the fans are seen saying they don’t know whether to chant Mourinho’s name in the stands.

You must be thinking why we are writing only about Mourinho, because the first three episodes focuses more on Mourinho than the players or coaching staff. The way he terms Dele Alli as ‘lazy’ to help him get back to form and get back to form is the highlight of the series so far. In contrasting look, Mourinho explains Harry Kane how he can help him ‘explode’ and reach the levels of Cristiano Ronaldo and Lionel Messi. There are different shades of Mourinho and the docu-series covers that incredibly well so far. Mourinho is blockbuster as always.

How good a coach Mourinho is after consecutive sacking in his previous clubs? The way he asked Serge Aurier to get forward only for the right-back to score a goal shows his tactical awareness and class he possess. In another incident, he subbed off Eric Dier in the first half for Christian Eriksen and Spurs turned the tables to win the match comfortably. Mourinho certainly hasn’t lost his charm.

However, as the episodes go, fans might be left craving for more other than Mourinho and how he is dealing with his tactics and players.

Even though the series shows glimpses of how the new Tottenham Hotspur stadium was built and turns Levy into some sort of messiah, it would have been a bit better had they focused how the sacking of Pochettino happened.

In what can be termed as the most ‘gripping’ scenes from the first three episodes, Kane discusses Pochettino’s sacking with other players in the canteen. Vetronghen asks: "Apparently they (Pochettino’s camp knew already?"

"No," responds Kane, explaining that he spoke to the former Spurs boss the previous night. He relays that exchange by saying: "The chairman came in and said, 'can I talk? You're being sacked - you need to pack your things and you leave tonight'."

The series, so far, is about Mourinho opening up with his players, getting their names right, building a bond with the players in his eerie style. A bit disappointed start to the series but hope it picks up pace when other episodes come out next week.

(Note: We will give a final rating once the entire series is out)

WTC Final- 'We are not too bothered by this result', says Virat Kohli

Tennis: Djokovic returns to Wimbledon with stranglehold on men's game