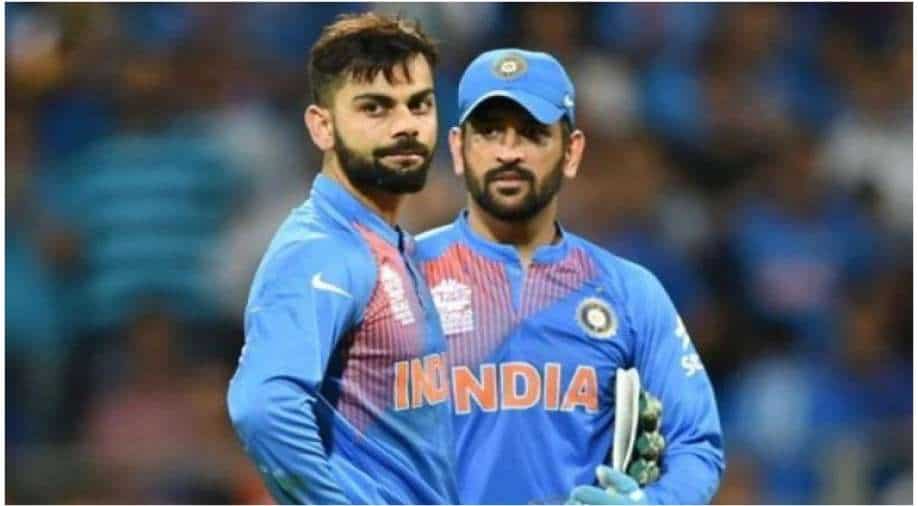 Veteran keeper-batter Dinesh Karthik has reacted to the Virat Kohli-captaincy saga and recalled MS Dhoni's words. Here's what he said:

A lot of changes have taken place in Indian cricket following their disastrous run in the 2021 T20 Men's World Cup, held in the UAE. Following the Virat Kohli-led Men in Blue's dismal campaign in the mega event, Kohli stepped down as the T20I captain; he had already announced his resignation from the post prior to the tournament.

After the tournament, BCCI selectors sacked Kohli as the ODI captain, making Rohit Sharma the white-ball format's skipper. Early in 2022, Kohli stepped down as the Test skipper, ending his captaincy tenure for Team India overall. While many have shared their thoughts on Kohli's captaincy saga, especially after speculations of his rift with the senior board officials spread like wildfire, veteran keeper-batter Dinesh Karthik has also reacted to the Kohli-captaincy saga.

Karthik mentioned MS Dhoni's words and told news agency ANI, "I remember MS Dhoni saying very clearly that India as a cricketing nation is very hard to have split captaincy. It is unfair for me to answer this question because only Virat knows why he took that decision to step down as captain, and I am sure he has a good reason behind it."

He further added, "He has led India so well and taken the Test team to a very strong place. As a person who has been part of the team and has played under him, I know the amount of effort he puts in every time he goes out on the field. He gives it everything he has. It has been a great joy for me to have been part of that journey. He has been one of the top captains for India in Tests. I hope when he turns back, he looks at all the pleasant memories and the good memories and he has a good time thinking about the success he has had as the captain."

Kohli will now be eager to move past his captaincy tenure and deliver his best with the bat in India's upcoming home season, versus West Indies and Sri Lanka. Rohit-led India are gearing up for the three-match ODI series versus Kieron Pollard-led Windies, starting on February 6.

The ODIs will be hosted in Ahmedabad and will be followed by an equal number of T20Is, to be held entirely in Kolkata.