Rayudu or Iyer could've come in, there was no logic behind having 3 keepers in 2019 WC squad: Ravi Shastri 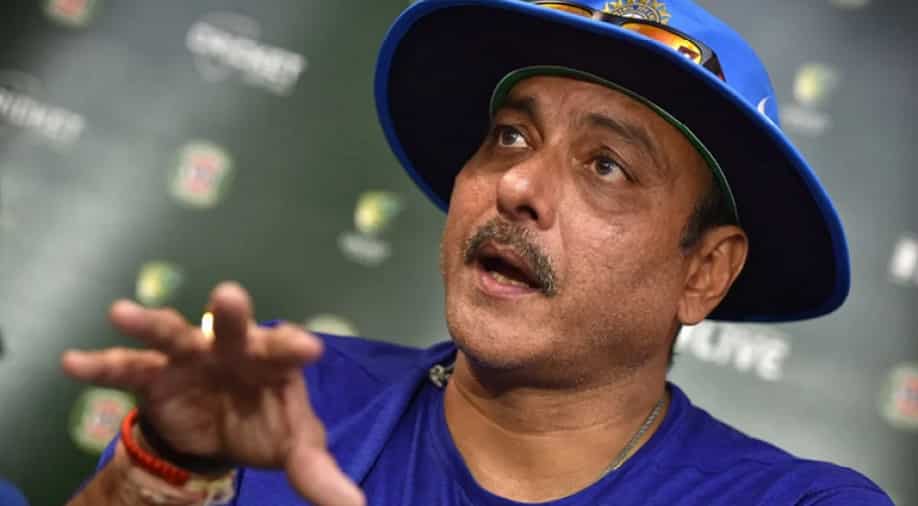 Former India head coach Ravi Shastri has made a shocking revelation, claiming that he wanted Ambati Rayudu or Shreyas Iyer in India's 2019 ODI World Cup squad instead of having three wicket-keepers in the team.

Former India head coach Ravi Shastri has made some startling revelations regarding Team India's squad selection for the 2019 ODI World Cup. Many were left shocked at the time after Ambati Rayudu, who was India's designated number 4. batter in the build-up to the World Cup, was surprisingly left out of the squad with all-rounder Vijay Shankar making the cut.

Shastri has revealed he wanted Rayudu or Shreyas Iyer in the squad as the no.4 batter while questioning the bizarre selection of three wicket-keepers in the team. While Shankar was selected over Rayudu, an injury to opener Shikhar Dhawan saw India rope in Rishabh Pant as a replacement when there were already two wicket-keeper batters in the team - MS Dhoni and Dinesh Karthik.

Skipper Virat Kohli had openly admitted in the run-up to the 2019 World Cup that Rayudu will be India's no.4 batter in the showpiece event, however, the senior batted was snubbed by the national selectors. Opening up on India's bizarre team selection for the 2019 ODI World Cup, Shastri insisted he has no say in the decision-making and said there was no logic behind having three wicket-keepers in the squad.

“I had no say in that (team selection). But I wasn’t okay with three wicketkeepers being picked for the World Cup. Either Ambati or Shreyas could’ve come in. What was the logic in having MS Dhoni, Rishabh [Pant] and Dinesh [Karthik] all together?” - Shastri was quoted as saying in an interview by Times of India.

“But I never interfered with the selectors’ work, except when I was asked for feedback or as part of a general discussion,” he added.

India played phenomenally well in the 2019 ODI World Cup where they topped the points table in the group stages with only one defeat and seven wins in nine games as one match ended in a no-result. However, their campaign came to an end after an 18-run defeat against New Zealand in the all-important semi-final.

Asked to chase down a target of 240 runs at Old Trafford in Manchester, the Indian batting line-up succumbed under pressure. The top-order collapsed leaving the team reeling on 24/4 before half-centuries from Ravindra Jadeja and MS Dhoni kept India in the game. However, the duo failed to take the team over the line.

India played three major ICC tournaments under Shastri but failed to win a trophy. They reached the semi-final of the 2019 ODI World Cup before losing in the final of the inaugural edition of the World Test Championship this year. In the T20 World Cup 2021, India failed to make it to the knockout stages.