Players should not be banned over Ukraine crisis, says WTA head Steve Simon 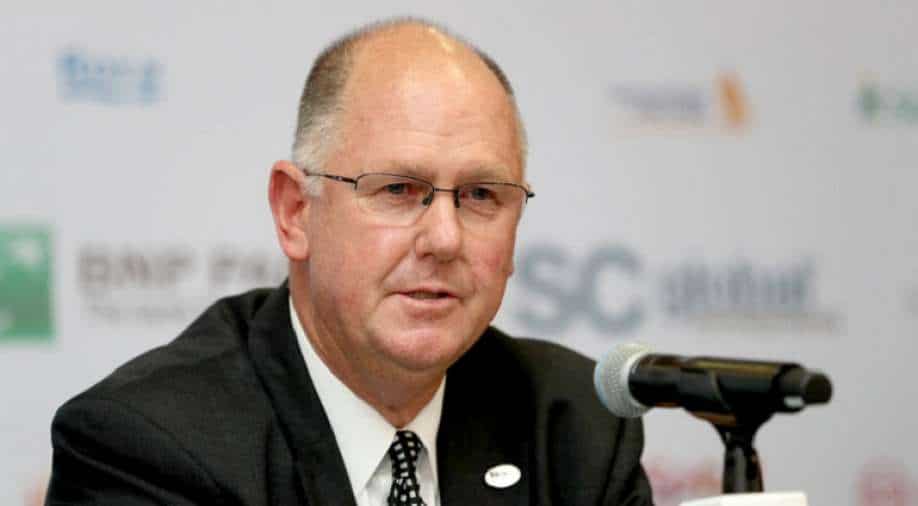 Russian and Belarusian players are allowed to play on the elite ATP and WTA Tours as neutrals. Photograph:( AFP )

Women's Tennis Association (WTA) head Steve Simon has said that individual athletes should not be penalised for "decisions of an authoritarian leadership".

Women's Tennis Association (WTA) head Steve Simon has said that individual athletes should not be penalised for "decisions of an authoritarian leadership" amid concerns that players from Russia and Belarus could be blocked from competing in tournaments.

Russian and Belarusian players are allowed to play on the elite ATP and WTA Tours but not under the name or flag of their countries following Moscow's invasion of Ukraine, for which Belarus was a key staging area.

Russia was also banned from defending its Davis Cup and Billie Jean King Cup team titles as a result of what the country calls a "special military operation."

Several sports have banned individual athletes from Russia and Belarus and Simon said he was unsure what else was in store for tennis players.

"You never know what the future may bring," Simon told the BBC.

"But I can tell you that we have never banned athletes from participating on our tour as the result of political positions their leadership may take."

"So it would take something very significant for that to change, but again we don't know where this is going."

British Sports Minister Nigel Huddleston said on Tuesday that U.S. Open champion Daniil Medvedev may have to provide assurances that he does not support Russian President Vladimir Putin if he is to compete at this year's Wimbledon.

ALSO READ: It is an honour to play alongside Jhulan Goswami: Mithali Raj praises veteran pacer on taking 250 ODI wickets

Simon said the WTA would be forced to change its position if governments do not allow Russian and Belarusian players to enter countries as the organisation has to follow rules.

"I feel very strongly that these individual athletes should not be the ones that are being penalised by the decisions of an authoritarian leadership that is obviously doing terrible, reprehensible things," Simon said.

"But if that happens... it won't be something we support."