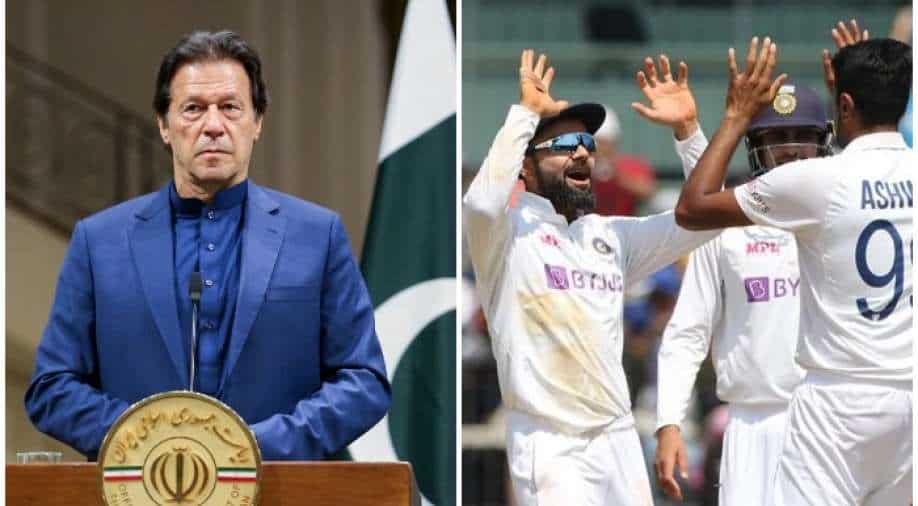 Pakistan Prime Minister and former captain of the Pakistan cricket team, Imran Khan has lauded the Indian cricket team as he said that India's turnaround to become world beaters is due to the improvement in basic cricket structure.

Pakistan Prime Minister and former captain of the Pakistan cricket team, Imran Khan has lauded the Indian cricket team as he said that India's turnaround to become world beaters is due to the improvement in basic cricket structure.

Imran Khan further said that it takes time for a structure to come to become fruitful and added that he is confident that Pakistan cricket team will flourish in future as well. Imran said that Pakistan had always been a good side but couldn't dominate for long due to poor cricket structure.

"Look at India today, they are becoming a top team in the world because they improved their structure although we have more talent," Imran said, talking to the media in Islamabad.

"It takes time for a structure to work and polish talent but I am confident our team will become world beaters," he added.

The Pakistan PM then said that while he is not able to take time out to watch live cricket matches due to his busy schedule, he is looking forward to witness Pakistan cricket team improve their performances on the field gradually.

"Honestly speaking I am not able to spare time for cricket and have not even watched the matches but now that our basic cricket structure has been changed things will improve gradually," he said.

Imran had led Pakistan to its only World Cup triumph in the year 1992 and is regarded as one of the finest all-rounders and captains to have played the gentlemen's sport.

Also Read | Fired tear gas on employees to 'test' it, was unused for long: Pak minister

After winning the elections in 2018, Imran roped in Ehsan Mani, former ICC president, to lead the Pakistan Cricket Board. Since then, the Pakistan cricketing structure has witnessed a bit of revamping with the country also hosting international teams for bilateral series alongside the Pakistan Super League.