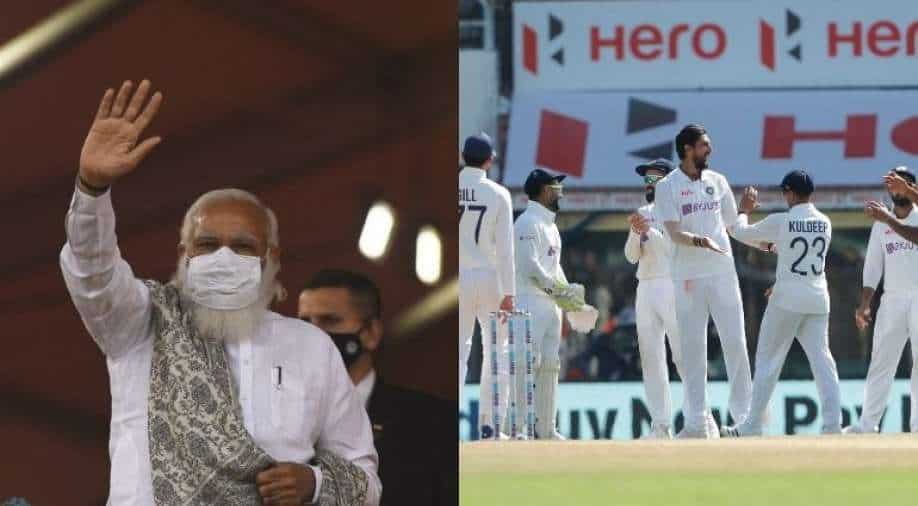 Indian Prime Minister Narendra Modi on Sunday took to Twitter to share a sky-view image of the Chepauk Stadium where the Test match between India and England is on.

After the event, Narendra Modi shared an image on social media which showed the aerial view of the Chepauk Stadium to which the Indian PM wrote: "Caught a fleeting view of an interesting test match in Chennai."

India are on top in the match against England as the visitors are down to 106 for 8 before Tea on Day 2. England trails by 223 runs to India. Ravichandran Ashwin scalped four wickets, with Axar removing two and Siraj, Ishant sharing a man each.