Out or not out? Rassie van der Dussen's dismissal in 2nd Test against India sparks controversy - WATCH 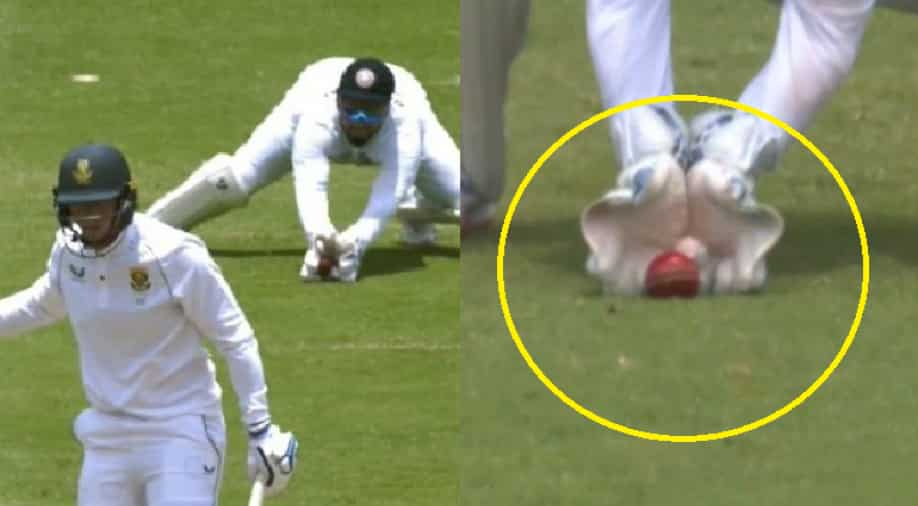 South Africa batter Rassie van der Dussen was caught behind controversially off the bowling of Shardul Thakur during Day 2 of the ongoing second Test between the two sides in Johannesburg.

South Africa batter Rassie van der Dussen was dismissed controversially on Day 2 of the ongoing second Test against India at The Wanderers in Johannesburg on Tuesday. Van der Dussen was caught behind by Indian wicket-keeper Rishabh Pant off the bowling of Shardul Thakur during the Proteas' first innings.

The dismissal took place in the final over before lunch on Day 2 as Thakur bowled a short delivery that beat Van der Dussen's defence and flew towards Pant after taking a thick edge off his bat. Umpire Marais Erasmus gave it out as the right-hander walked back to the dressing room.

However, a controversy erupted on social media as the replays later showed Pant had not taken the catch cleanly behind the stumps. In the replays, it can be spotted that the ball had touched the ground before landing in Pant's gloves after taking an edge of Van der Dussen's bat.

South Africa captain Dean Elgar and team manager  Khomotso Masubelele reportedly had a chat with the umpires during the lunch break to discuss the controversial dismissal. However, Erasmus's decision stayed despite the replays suggesting that the ball had touched the ground before Pant caught it.

Thakur was the pick of the bowlers for India on Day 4 as he bowled brilliantly in the first two sessions. The seamer picked up the wickets of South Africa skipper Dean Elgar, Keegan Petersen, Van der Dussen and Kyle Varreynne to help India stay in the game despite a low-key first-innings total of 202 runs.

India will be hoping to bundle out South Africa as early as possible to ensure the hosts cannot gain a significant lead in their first innings.