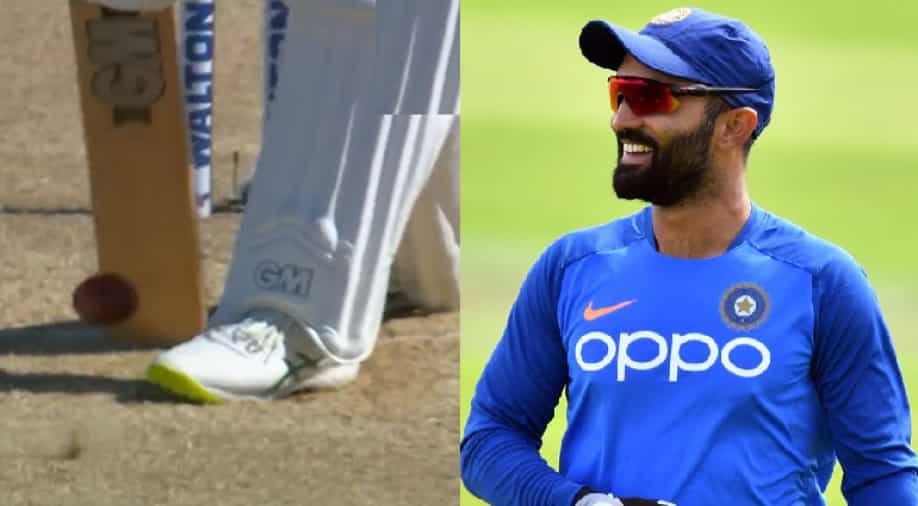 Bangladesh bowlers continued their impressive show on Day 4 of the Test match as they pegged the New Zealand batters back in their second innings as well. New Zealand ended Day 4 at 147/5 with a slender lead of just 17 runs as Bangladesh look favourites to clinch a win in the series-opener.

While they were fabulous with the ball on Day 4, the visitors had a whimsical moment on the field during New Zealand's second innings. Bangladesh skipper Mominul Haque was left red-faced after opting for a bizarre review against veteran Kiwi batter Ross Taylor.

The incident happened in the 37th over of New Zealand's second innings when Taskin bowled a full-length delivery which was blocked well by Taylor. The bowler and Bangladesh fielders instantly went for an appeal, however, the on-filed umpire ruled the Kiwi batter not out. It was quite evident that there was a clear connection between the bat and the ball and there were no pads involved.

However, to everyone's shock, Bangladesh skipper Mominul Haque went for a review and was left embarrassed later as the replays showed that the ball had come off the middle of Taylor's bat. Indian cricketer Dinesh Karthik cheekily trolled Bangladesh for their bizarre review with a tweet.

"Review for Bat Before Wicket?" - Karthik wrote while retweeting a video of the incident.

Review for Bat Before Wicket? https://t.co/IOnk8TZ20L

Also Read: 'One of the two have to...' - Karthik makes bold claim, predicts who could miss out on Virat Kohli's return

Nonetheless, Bangladesh are the favourites to win their first ever Test match in New Zealand after a terrific spell from Ebadot Hossain on Day 4. The fast bowler picked up a four-wicket haul to run through the New Zealand top-order and set up a thrilling final day of action between the two teams.

Bangladesh will be looking to get New Zealand skittled out cheaply and chase down the target without losing much time on Day 5 as they stand on the verge of a historic Test win.