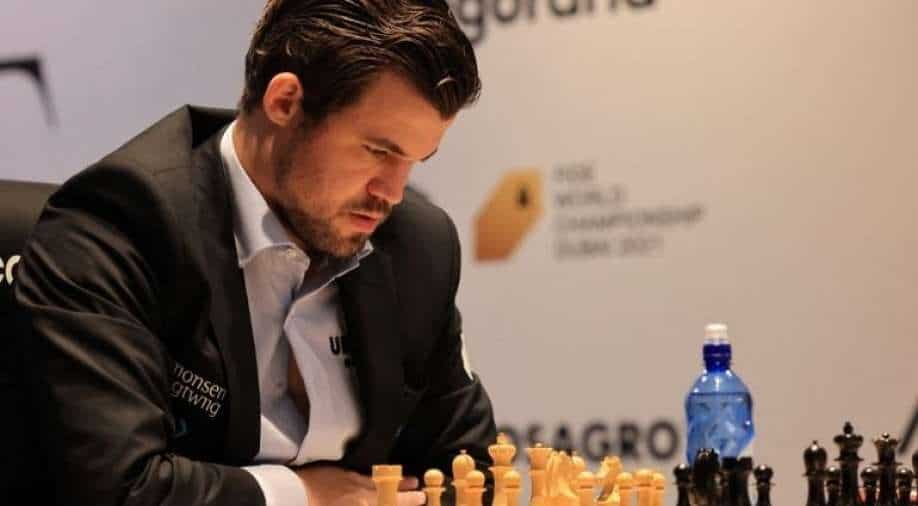 He beat Ian Nepomniachtchi of Russia, securing the one point he needed to cross the seven point threshold to win the global tournament held at Dubai's Expo 2020 this month in the United Arab Emirates.

Magnus Carlsen wins Game 11 and the match, retaining his title.
⠀
Capitalizing on Ian Nepomniachtchi's blunder on move 23, the World Champion scored his fourth win in the match at @expo2020dubai. The final score is 7½-3½.
⠀https://t.co/cmW9hMdEqY#CarlsenNepo #FIDEmatch2021 pic.twitter.com/CnFdYcyVXT

After a surprise blunder by Nepomniachtchi, Carlsen clinched his fifth world championship title. Up until that point, the match was tense with games ending in draw after draw.

"Then everything kind of clicked. I think after that it all went my way, Carlsen told reporters from the world's fair after his win.

"You don't expect necessarily to run away with it in a world championship."

Magnus Carlsen: "I am very happy of course. I did not expect it to go quite like this. I think it was a very good professional performance overall. I have no regrets at all, just very satisfied." #CarlsenNepo pic.twitter.com/gXa8nCD2xJ

Carlsen wins 60% of the 2 million-euro prize offered by the championship.

Nepomniachtchi said he was struggling to understand exactly what went wrong and at the moment had no idea.

"The things that happened to me here never happened to me basically at any events ... In my career I lost quite some stupid games, Nepomniachtchi said grimly.

"I should find out why it happened."

Nepomniachtchi: "The outcome... The good news is that it was almost nothing about chess. But the match consists of many aspects: not only chess preparation but also physical, psychological."
"The level of these blunders is below some bad examples of pathetic shape." #CarlsenNepo pic.twitter.com/GeU3Qa0ku9