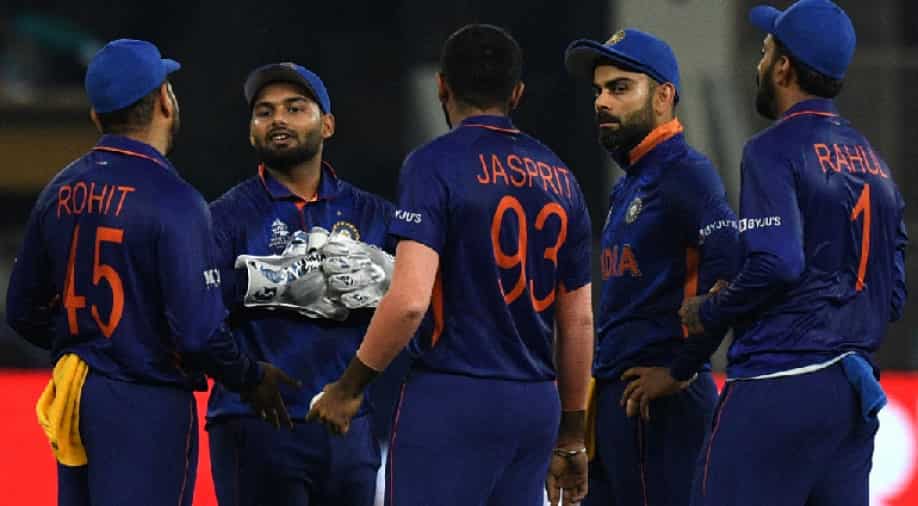 The Indian cricket team saw a number of highs and lows in what was an eventful 2021. Ajinkya Rahane inspired the side to a memorable 2-1 Test series win in Australia without the likes of Virat Kohli, Ravindra Jadeja and several other key players before India thrashed England at home to enter the final of the inaugural edition of the World Test Championship.

India lost the World Test Championship final against New Zealand but enjoyed a tremendous run in the Test series in England. The Men in Blue headed into the T20 World Cup 2021 as favourites but were dumped out of the group stages after back-to-back losses against Pakistan and New Zealand to endure a disappointing campaign.

As cricket experts and former cricketers join the bandwagon to choose the best performers of the year as far as the Indian cricket team is concerned, former batter Aakash Chopra has picked the 'cricketer of the year' for the Indian team. The popular commentator explained why he feels Rohit deserves the tag.

In a video on his YouTube channel, Chopra picked Rohit as India's Test cricketer of the year for his consistent performances at home and away from home. Chopra said it was a pivotal year in Rohit's Test career and a different style of Hitman was at the display in the longest format.

"There are a lot of names that come to mind - Rishabh Pant's name comes because he has scored a lot of runs. He was the one who helped conquer Gabba in the end. But my Test batter of the year has to be Rohit Sharma. He played defining knocks," said Chopra.

"The conditions were difficult during England's tour of India and he scored runs. In the first innings of the second Test in Chennai - he was on one side and the entire team, including the opposition, was on the other side. The quality of batting that was on display. Then when he went to England, once again he kept on fighting and stood there. We saw a different style of Rohit Sharma's batting," he added.

Rohit scored 906 runs at an average of 47.6 in 11 Test matches in the year 2021 including two centuries. When it came to T20Is, Chopra once again picked Rohit as India's player of the year in the shortest format despite great competition from the likes of Virat Kohli and KL Rahul among others.

In eleven T20Is this year, Rohit scored 424 runs at a brilliant average of 38.5 and a strike rate of 150. He was also appointed as India's T20 captain post the conclusion of the T20 World Cup 2021 and has now also been handed over the ODI captaincy. Chopra honoured Rohit with India's player of the year 2021 tag and called it his year as far as Indian cricket is concerned.

"This year has been different because the strike rate has gone up and the average has also gone up. He has been given the T20I captaincy also now. So, the best Test batter and the best T20 batter is Rohit Sharma - this is the year of Rohit Sharma," said the former India cricketer.