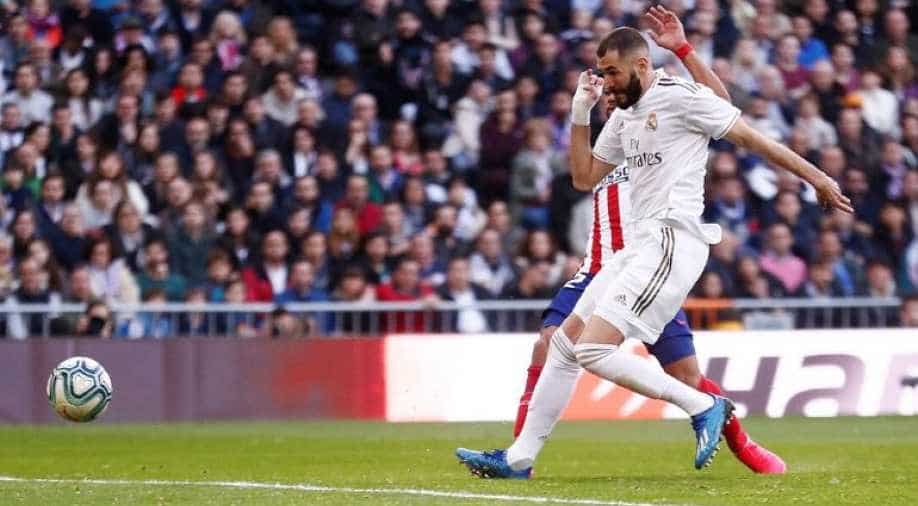 French forward Benzema had not scored in his previous four league outings but broke the deadlock in the 56th minute by side-footing home a cross from Ferland Mendy.

Real Madrid twisted the knife into their wounded rivals Atletico Madrid as Karim Benzema fired them to a 1-0 home win in the city derby on Saturday which also underlined Real's La Liga title credentials. Benzema's strike gave Real their first home victory over their neighbours in the league since 2012 and piled more pressure on Atleti coach Diego Simeone, who was subjected to taunts from the gleeful Santiago Bernabeu crowd.

The victory meant Real increased their lead over Barcelona at the top of the table to six points, although the Catalans can reduce the margin to three if they beat Levante on Sunday. Atletico are fifth and trail their local rivals by 13 points, while their injury problems deepened when striker Alvaro Morata limped off early in the second half with a suspected muscle problem.

French forward Benzema had not scored in his previous four league outings but broke the deadlock in the 56th minute of a tight game by side-footing home a cross from Ferland Mendy after coach Zinedine Zidane had sprung a double substitution. Zidane had begun the match with a compact narrow formation containing five midfielders but after failing to break down Atletico he hauled off Toni Kroos and Isco at the start of the second half for natural wingers Lucas Vazquez and Vinicius Jr. 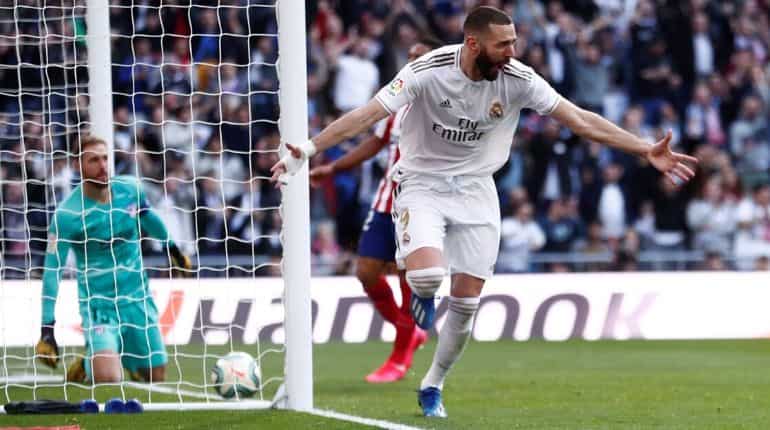 The change instantly gave Real more width and Brazilian teenager Vinicius helped burst open a stubborn Atletico with some patient play in midfield, taking out three defenders by releasing Mendy, who needed only one touch to pick out Benzema. "I wasn't happy with what I was seeing on the pitch so I made the chances to give us more wing play and more pressure in attack but it wasn't the players' fault, it was mine," Zidane told reporters.

"The substitutions changed the game but I don't like taking players off after the first half because it's harsh on the players but it's what I had to do. We were much better in the second half and I think we deserved the victory," he added. Atletico rarely looked like troubling a Real defence that has only conceded 13 goals in 22 league games this season, although they had a strong penalty appeal turned down when Casemiro sent Morata to the ground in the first half.

Morata's injury swelled Atletico's list of injured players to seven, less than three weeks before they are due to host holders Liverpool in the last 16 of the Champions League. The Argentine has transformed Atletico's fortunes during his tenure including four wins at the Bernabeu but on this occasion, he was subjected to derisory from the home crowd, who chanted "Simeone please stay" as the final whistle approached.