It's absolutely ridiculous! When Virat Kohli rubbished rumours of rift between him and Rohit Sharma 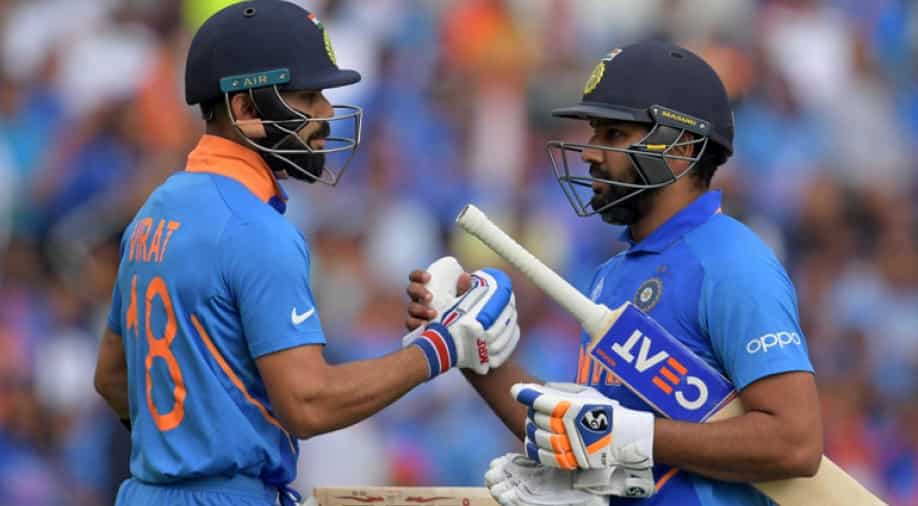 Virat Kohli had rubbished rumours of a rift betweem him and Rohit Sharma in 2019. Photograph:( AFP )

Virat Kohli had rubbished the rumours of a rift between him and Rohit Sharma post India's exit from the 2019 ODI World Cup.

India's Test captain Virat Kohli rubbished the rumours that all is not well between him and India's newly-appointed white-ball captain Rohit Sharma. Rohit replaced Kohli as captain of the ODI side last week ahead of the team's upcoming tour of South Africa. He had earlier taken over T20I captaincy from Kohli when the latter had decided to step down as captain from the shortest format.

While stepping down as T20I captain, Kohli had expressed his desire to continue leading the team in ODIs and Tests, however, the BCCI decided to cut short his captaincy stint in limited-overs cricket leading to a massive controversy. The controversy has only gotten worse in the last couple of days after Kohli delivered an explosive press conference on Wednesday.

Kohli contradicted BCCI president Sourav Ganguly's claims in the presser, stating that he was never asked to not give up T20I captaincy and also revealed he was not communicated about the decision in advance by the BCCI. Kohli said he was informed about the decision only 90 minutes before it was made official.

Kohli also rubbished the rumours of him skipping the upcoming ODI series against South Africa due to personal reasons and once again spoke about his equation with Rohit Sharma. Kohli said both Rohit and head coach Rahul Dravid will have his 'absolute support' going forward and that there is nothing wrong between him and India's newly-appointed white-ball skipper.

It was not the first time, Kohli quashed the rumours of his bad equation with Rohit. Reports of a rift between the duo had gone viral post the conclusion of the 2019 ODI World Cup where India bowed out after losing the semi-final against New Zealand. Kohli had then refuted the baseless allegations and slammed those 'feeding off lies'.

"In my opinion, it's baffling. It's absolutely ridiculous to read this kind of stuff, that comes out there. I have been to public events where we have been praised and here we are feeding off lies, overlooking facts, turning a blind eye to all good things that happened and creating fantasies and scenarios in our head. We want to accept that this is the truth," Kohli had said in a presser after the 2019 ODI World Cup to end the rumours of a rift between him and Rohit.

Kohli will not be leading India in limited-overs cricket but remains the captain in Tests and will be captaining the visitors in the upcoming three-match Test series against the hosts starting from December 26. BCCI is yet to respond to Kohli's comments contradicting Ganguly's statements.

While Ganguly had said in an interview that he personally requested Kohli not to step down as T20I captain, Kohli maintained he was never asked by anybody to not resign from the post.