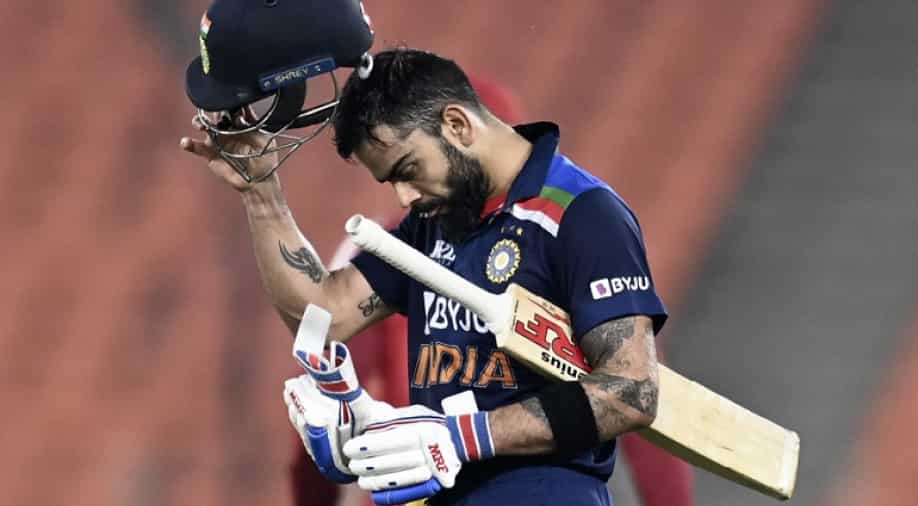 The Board of Control for Cricket in India (BCCI) officials are not happy with Test captain Virat Kohli after his explosive press conference ahead of the South Africa series where he debunked BCCI president Sourav Ganguly's claims.

The Board of Control for Cricket in Inda (BCCI) is not hurrying to make a statement or take a hasty decision amid the controversy surrounding Virat Kohli's removal as team India's ODI captain. Kohli was in the centre of an explosive press conference on Wednesday ahead of India's tour of South Africa where he came out clear on the rumours floating around regarding his sacking and also contradicted BCCI president Sourav Ganguly's claims.

Kohli during the press conference said he was never asked to not give up the T20I captaincy of the Indian team, contrary to Ganguly's claim that the BCCI president had personally spoken to Kohli to not step down. The Indian Test skipper also informed the journalists present in the presser that he was made aware of the change in ODI captaincy only 90 minutes before it was made official.

As per a report in PTI, no one in BCCI is happy with Kohli's comments during the press conference where he refuted the board's president's claims. While the cricket fraternity awaits BCCI's response in the matter, the board has decided not to take any hasty step which can impact the Indian team's morale ahead of the upcoming three-match Test series against South Africa.

"No statements, no press conference. We will deal with it, leave it to (the) BCCI," Ganguly had told reporters on Thursday when asked about Kohli's comments contradicting his claims.

As per PTI, the board president and BCCI secretary Jay Shah were on a video call with the BCCI office-bearers on Wednesday where Kohli's comments were discussed in detail and it was decided that the BCCI will not release any official statement or conduct a press conference in the matter.

"Expert opinion was taken on how to deal with the sensitive matter as it also involves the respect of a president's office. The BCCI knows that a Test series is round the corner and any hasty decision or statement from them could affect the morale of the team," a senior BCCI source told PTI.

Many were expecting the BCCI to conduct a press conference with the head of the selection panel - Chetan Sharma in it to address the raging controversy after Kohli and Ganguly's contradicting statements. However, the board is unlikely to rush into action.

Meanwhile, Kohli, who rubbished the reports of him taking a break and skipping the ODI series against South Africa, reassured that he will extend his full support to new limited-overs captain Rohit and head coach Rahul Dravid in taking Indian cricket forward.

Kohli also admitted that he understood why he was sacked as ODI captain as India failed to win an ICC trophy under his leadership.