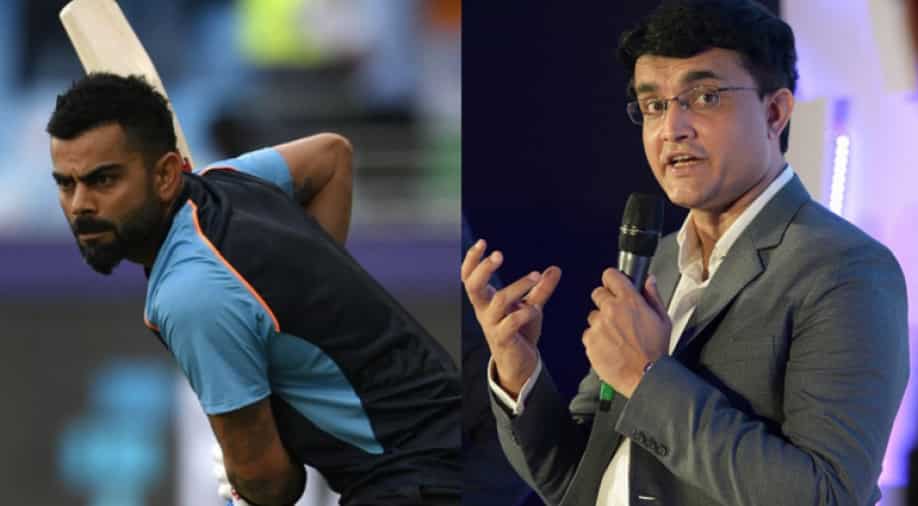 South Africa spinner Tabraiz Shamsi has lauded Virat Kohli for not taking the safer option of siding with Sourav Ganguly and making it clear that the BCCI president had not requested him to not give up T20I captaincy.

Indian cricket has been embroiled in controversy ever since the Board of Control for Cricket in India (BCCI) confirmed the change in captaincy in the ODIs. Virat Kohli was replaced by Rohit Sharma as the ODI captain of the side without any explanation from the selectors before BCCI president Sourav Ganguly clarified that the decision was taken as selectors didn't want two white-ball captains for the Indian team.

Ganguly also said he had personally requested Kohli to not give up T20I captaincy and continue leading the team. Kohli had announced his decision to step down as T20I captain in October this year and relinquished his role post the conclusion of the T20 World Cup 2021. However, in an explosive press conference ahead of the South Africa tour, Kohli broke his silence on the matter.

He refuted Ganguly's claims that he was requested not to step down as the T20I captain of the side and also said there was no prior communication from BCCI before the decision to remove him as ODI captain was taken. Kohli said he was informed only 1.5 hours before the decision was announced.

"Whatever was said about the communication that happened about the decision that was made was inaccurate. I was contacted one-and-a-half hours before the selection meeting on December 8 for the Test series and there was no prior communication to me at all since I announced my decision on T20I captaincy," Kohli had said.

"When I left the T20I captaincy, I had first approached BCCI and intimated them of my decision and laid down my point of view in front of them (office bearers). I gave the reasons why I wanted to quit T20 captaincy and my view point was received very nicely. There was no offence, no hesitation and not for once was I told that ‘you should not leave T20 captaincy’," added Kohli.

South Africa spinner Tabraiz Shamsi has reacted to the matter as he lauded the Indian Test captain for giving out his version of the story without fearing anyone. Kohli's version of the story is quite different from that of BCCI president Ganguly and many have praised the Test skipper for not taking the safe route.

Shamsi quoted a tweet from fan which read - "The safer option for Virat would’ve been to side with Ganguly’s version of the story. Clearly, Virat isn’t that kind of a person, on and off the field."

"This is why he is as good as he is”, Shami wrote while quoting the tweet as he lauded Kohli.

Reacting to Kohli's statement which clearly contradicted his version of the ODI captaincy saga in Indian cricket, BCCI president Ganguly on Thursday (December 16) refused to make any comments on the matter and said BCCI will deal with the situation in its own way.

Kohli, meanwhile, will be leading the Indian team in the upcoming three-match Test series against South Africa which gets underway from December 26.