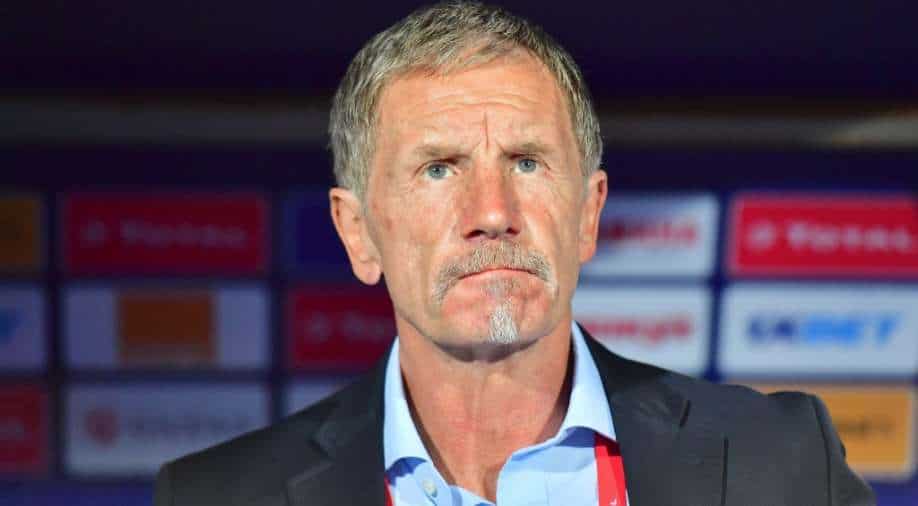 While Odisha FC on Monday said that they are appalled at the remarks made by Baxter where he referred to rape while talking about referring decisions in the match against Jamshedpur FC, the club on Tuesday followed the development by sacking the Briton.

"Odisha FC has decided to terminate Head Coach, Stuart Baxter's contract with immediate effect. The interim coach for the remainder of the season will be announced soon,” the club said in a statement on Tuesday.

The interim coach for the remainder of the season will be announced soon.#OdishaFC pic.twitter.com/FcrMPCDn5h

Baxter, the 67-year-old head coach from England, had questioned a decision made against his team in the post-match interview.

“I have to say, you need decisions to go your way and I don’t know what we have to do get a penalty. One of my players would have to rape or get raped in the box to get a penalty,” he was heard saying in the interview.

The club put forward an apology straight away as they said: “The Club is appalled at the comments made by Head Coach, Stuart Baxter during the post-match interview today. It is completely unacceptable whatever the context and does not reflect the values of the club. We, at Odisha FC, unreservedly apologize and the club management will handle this matter internally.”

We, at Odisha FC, unreservedly apologize and the club management will handle this matter internally.#OdishaFC

The controversial decision by the referee came late in the game when Odisha FC's Diego Mauricio was tripped in the penalty box by TP Rehenesh but the referee didn't give the penalty.

Meanwhile, Odisha FC are lying bottom of the points table after 14 league matches, registering just a win and five draws.