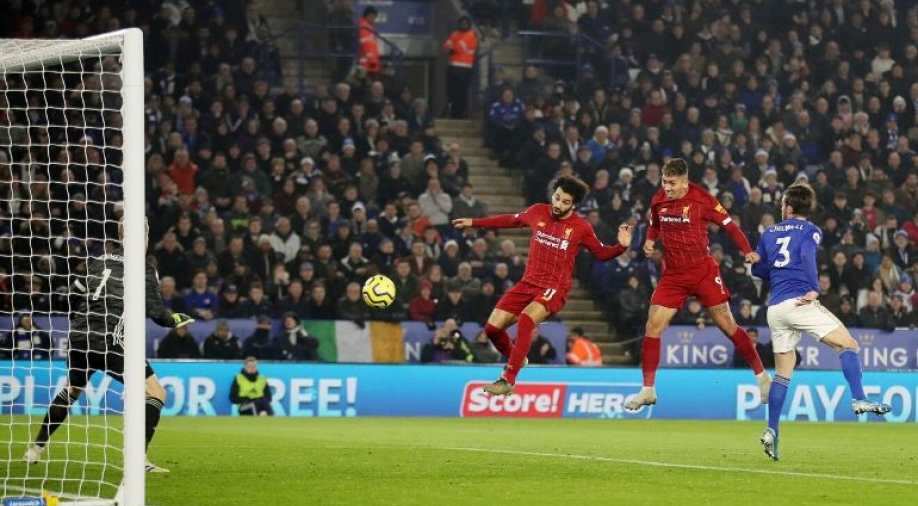 Liverpool beat their second contenders by 4-0 in a heated match at Leicester City's home, while Chelsea struggle to break their win-less streak as they lose to Southampton.

Liverpool moved 13 points clear at the top of the Premier League after hammering their closest challengers, Leicester City, 4-0 at the King Power Stadium on Thursday with Roberto Firmino scoring twice.

Carlo Ancelotti got off to a winning start as Everton manager but new Arsenal boss Mikel Arteta had to settle for a draw at Bournemouth in the Premier League on Thursday.

Fourth-placed Chelsea suffered a shock 2-0 loss at home to Southampton while Harry Kane and Dele Alli were on target as Tottenham Hotspur came from behind to beat Brighton & Hove Albion 2-1.

Manchester United recovered from a rocky start at home to Newcastle United to win 4-1 with Anthony Martial scoring twice.

Fresh from being crowned Club World Cup winners in Doha, Qatar, Liverpool faced what was billed as being their toughest test of the season, away to former manager Brendan Rodgers' Leicester, who were unbeaten at home this season.

But Juergen Klopp's side delivered yet another emphatic performance as they stepped up their bid for a first league title in 30 years.

Liverpool went ahead in the 31st minute when Trent Alexander-Arnold, superb throughout, drifted a cross from the left to Brazilian Firmino at the back post, who nodded home.

Substitute James Milner made it 2-0 in the 71st minute from the penalty spot after Alexander-Arnold's corner was handled by Caglar Soyuncu.

Firmino then made it 3-0, collecting and firing home a powerfully struck low-cross from Alexander-Arnold before the full-back completed the win with a blistering low drive after being set up by Sadio Mane.

Liverpool have 52 points from 18 games; Leicester are on 39 points from 19 matches and Manchester City are 14 points behind the leaders before their game at Wolves on Sunday.

Italian Ancelotti, a Champions League winner with AC Milan and Real Madrid, was appointed by Everton on Saturday to replace the sacked Marco Silva and was given a warm welcome by the Goodison Park crowd.

A scrappy game was decided 10 minutes from the end when Djibril Sidibe whipped in a cross from the right which Dominic Calvert-Lewin met with a superb angled diving header that flew in off the inside of the far post.

It was a less enjoyable start for former Everton midfielder Arteta, as he took charge of Arsenal for the first time at Bournemouth.

Arteta restored Mesut Ozil to the starting line-up and the German forward looked sharp in the opening exchanges, but chances were rare.

Arsenal's sloppiness was punished when they gave the ball away cheaply on the left wing and Bournemouth sliced through them quickly, midfielder Dan Gosling stabbing home Jack Stacey's centre from close range to give the home side the lead.

The Gunners equalised in the 63rd minute as Reiss Nelson's shot deflected into the path of Pierre-Emerick Aubameyang, and he swivelled to rifle the ball home.

Chelsea's poor form continued with goals from Michael Obafemi and Nathan Redmond earned Southampton a surprise victory at Stamford Bridge and condemned Frank Lampard's side to their fifth defeat in seven league games.

Obafemi broke the deadlock with his first goal of the season, bursting inside from the right and curling into the top corner after a tight opening half-hour.

The Saints added their second when Redmond nicked the ball over the advancing Kepa Arrizabalaga to finish a slick attack.

Spurs were also facing a possible upset until Kane followed up his own shot to equalise in the 53rd minute and cancel out Adam Webster's first-half header.

Alli got the winner in the 72nd minute with a brilliant lofted finish as he met a Serge Aurier ball.

After losing to Watford last weekend Manchester United needed a response against Newcastle to stay in the frame for a top-four spot but fell behind to Matty Longstaff's opener.

Ole Gunnar Solskjaer's youngsters hit back in style though with Martial equalising before Mason Greenwood and Marcus Rashford made it 3-1 before the break.

Martial added his second after the interval as United moved into seventh spot, four points behind Chelsea.

In the crucial basement battle substitute, Conor Hourihane got the winner for Aston Villa in their 1-0 win over fellow strugglers Norwich City to end a four-match losing run.

Watford moved off bottom spot, above Norwich, with a hard-earned draw at in-form Sheffield United.

Gerard Deulofeu's goal on the break put Watford ahead but Oliver Norwood's penalty ensured the points were shared.

A magnificent solo goal in the 90th minute from Jordan Ayew secured a 2-1 win for Crystal Palace at home to West Ham United.

West Ham had grabbed the lead through Robert Snodgrass but former Hammer Cheikhou Kouyate equalised before Ayew's jinking run and fine finish sealed the points for Roy Hodgson's side.