We want to try and play attractive football: Carlo Ancelotti on Everton 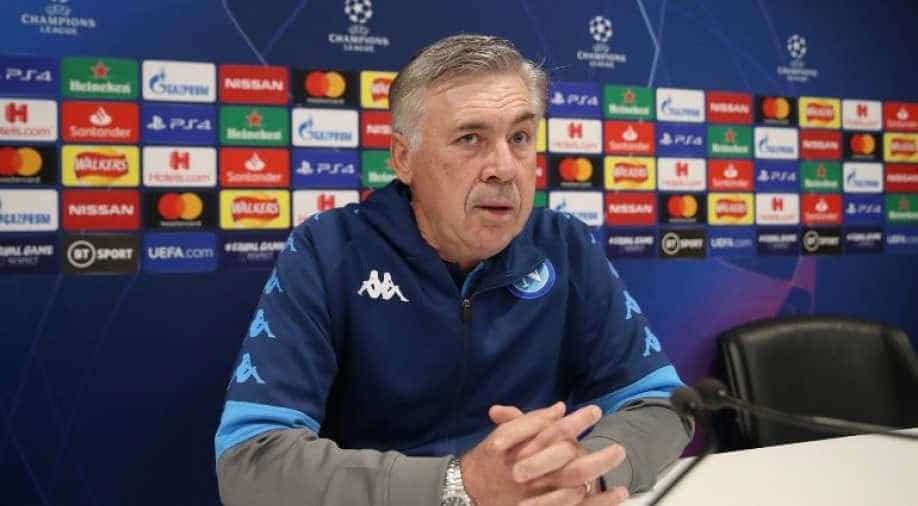 Everton's ambition to be among the Premier League's elite is what convinced new manager Carlo Ancelotti to take up the role at the Merseyside club, the Italian said on Monday.

Ancelotti, one of Europe's most successful coaches who also managed Chelsea in England, left Napoli this month and replaced Portuguese Marco Silva who was sacked after a 5-2 loss to local rivals Liverpool left them in the relegation zone.

"The club wants to be competitive in the Premier League, for me this is enough," Ancelotti told reporters. "The fact the club wants to build a new stadium. That means the ambition of the club is very high. This is what attracted me."

Ancelotti, who has won titles with European heavyweights such as AC Milan and Real Madrid, outlined his long-term plan to get Everton playing football that would delight the club's supporters.

"We want to try and play attractive football," he added. "I see how the supporters drive the team forward, this is good. The long-term objective is to be competitive in the Premier League.

"I have my idea of this team and squad. I want to try my best to help the team to be better and to help the club to be competitive and to give happiness to supporters.

"They've had a lot of time without winning so we have to be passionate with a clear focus. It'll not be overnight but we have to be patient. I'm sure we're going to improve quickly."

Ancelotti confirmed Ferguson would stay on in his coaching staff because he was familiar with the players, saying he had done the same at Paris St Germain with Claude Makelele and Real Madrid with Zinedine Zidane.

"Duncan will be on my staff and my assistant," Ancelotti said. "This is important, Duncan knows really well the characteristics of the players, the atmosphere at the training ground. It'll be really helpful for me.

"Duncan has done a great job, the players showed a great spirit (in the weekend's draw) against Arsenal."