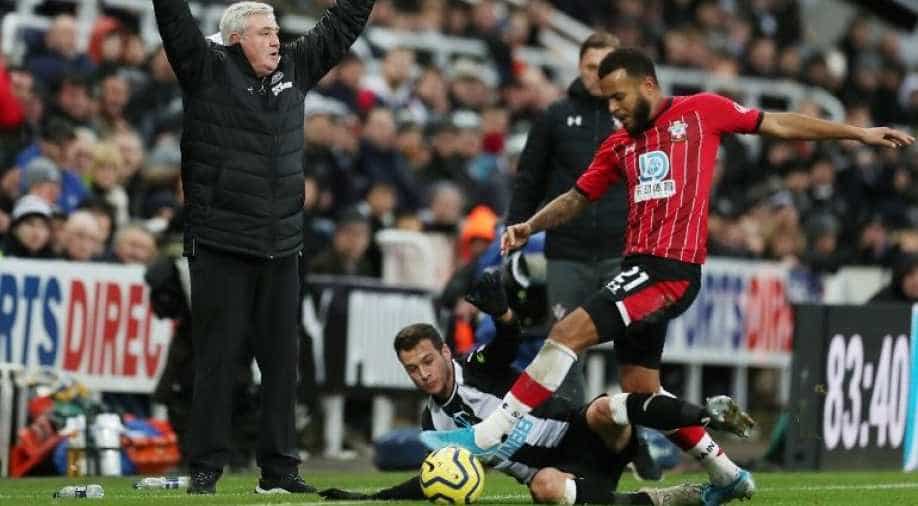 Centre-back Federico Fernandez smashed home a rebound two minutes from time as goal-shy Newcastle United came back from one goal down to beat visitors Southampton 2-1 in their Premier League clash on Sunday.

Coming into the tie having scored a miserly 15 goals in 15 games, Newcastle went behind when Southampton striker Danny Ings held off a defender before shooting across keeper Martin Dubravka for his fifth goal in five league games.

The home team had plenty of possession and threatened repeatedly from the flanks but it took the introduction of substitute Andy Carroll to turn the game in their favor.

More used to attacking crosses than putting them in the box, Carroll lofted the ball in from the wing for Jonjo Shelvey to get up highest to plant the ball in at the far post and even out the scores in the 68th minute.

Roared on by the home crowd, the Magpies went looking for a winner and it came as full time approached when Sean Longstaff's shot from distance was fumbled by Alex McCarthy but Fernandez was on hand to thump the ball into the back of the net.

Newcastle boss Steve Bruce credited striker Carroll, who has yet to score following his summer return to the club where he made his name, with turning things around for his side.

"The introduction of Big Andy had glimpses today of what he had 10 years ago. He looks well at the moment, big Andy Carroll coming on was a huge help," he said.

Southampton remain in the relegation zone in 18th spot with 15 points, while Newcastle goes 10th in the table on 22 points, with goal-scorer Fernandez indicating that they were not done climbing yet.

"We need to enjoy this period and build a winning mentality. You never know where we can arrive at the end of the season, but we take it game by game," he said.