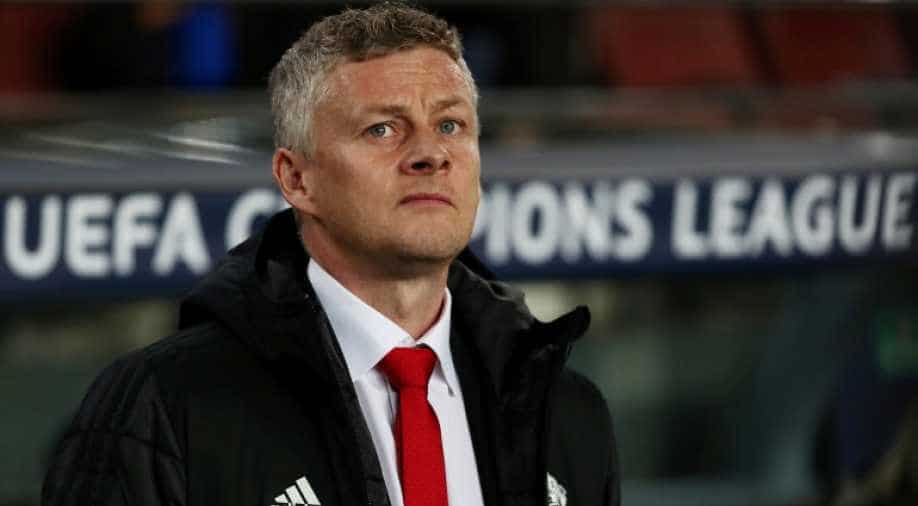 United are 12th in the Premier League ahead of Sunday's home game against league leaders Liverpool after a poor start to the season that has been further disrupted by injuries to key players.

Manchester United will try to sign one or two players in the January transfer window to improve their chances of finishing in the top four but will not spend big on transfer fees and wages, manager Ole Gunnar Solskjaer has said.

United are 12th in the Premier League ahead of Sunday's home game against league leaders Liverpool after a poor start to the season that has been further disrupted by injuries to key players.

Solskjaer sanctioned the departures of forwards Romelu Lukaku and Alexis Sanchez in the close season without reinforcing United's attack and the Norwegian also has goalkeeper David De Gea and midfielder Paul Pogba out injured.

"We're looking at one or two new signings. We're one or two players light," Solskjaer told Sky Sports. "If the right ones are available in January then we might do something. If not, these players will give everything (for a top four finish).

"I'm not going to go down the route of bringing players in on big contracts and big fees if they're not the right ones for the whole group and for the future. The money is there to strengthen in January and in the summer."

United started the season with a 4-0 win over Chelsea but have scored five goals in seven league matches since and Solskjaer said an injury to forward Anthony Martial, who has not played since August, was a factor in their struggles.

"There's many reasons, but one of them is injuries to Anthony," the 46-year-old former United player said. "Creating chances has been a challenge for us with teams dropping deep.

"But we're practising patterns every single week. When we get the players fit, I'm going to make Marcus and Anthony score those scruffy goals, as that's what I did."