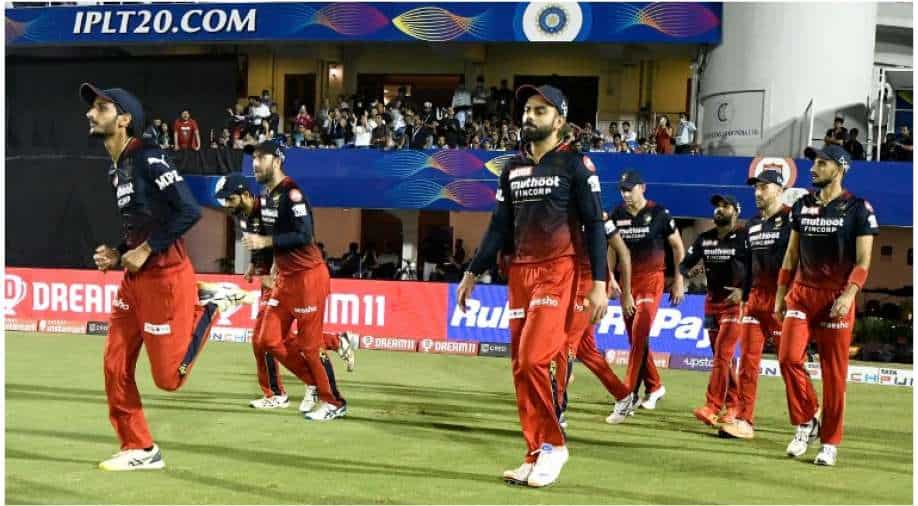 IPL 2022: From a crowd owner to being someone lost in the crowd, Virat Kohli isn't the same anymore. What's ailing King Kohli?

When Virat Kohli got dismissed for a golden duck in Royal Challengers Bangalore's (RCB) face-off versus Lucknow Super Giants, in IPL 2022's match 31, a statistic started doing the rounds on social media and elsewhere. It revealed that the once regarded 'run machine' has now gone over 100 matches without a century across all formats (17 Tests, 21 ODIs, 25 T20Is and 38* IPL games).

Kohli had a wry smile as he walked past KL Rahul & Co. after an embarrassing first-ball duck. Four evenings later, King Kohli came to the crease in the second over of RCB's innings after Sunrisers Hyderabad (SRH) opted to bowl first at the Brabourne Stadium, Mumbai in match 36 of the 15th season, on Saturday evening (April 23). As soon as he arrived, Kane Williamson -- a tactical mastermind -- strived hard to grab Aiden Markram's attention to add him to the slip cordon. Soon, Marco Jansen bowled outside off-stump, on the fifth-stump line, as Kohli wasted no time to edge one and get caught in the slips. This time, no smile followed as RCB's former skipper stood still in disbelief. He looked helplessly toward his non-striker (Anuj Rawat) as if asking to be pinched in order to accept the reality before walking back.

After his second successive golden duck, Kohli's expression said it all. There was sheer disbelief in his eyes. Thus, there was pin-drop silence in the stadium as an often hard-to-please and unforgiving crowd silently sympathised with Kohli after yet another failure.

Those who possess even the most basic updates of men's cricket are aware of Kohli's barren run. It has been written, re-written, highlighted on front pages on several occasions, and even discussed on hour-long shows on how Team India and RCB's former captain has been without a century in competitive cricket since late 2019. At first, it seemed as if it was just a matter of time before Kohli would rediscover his form. However, time is now surely passing away at a rapid pace for the 33-year-old superstar cricketer.

Kohli's downfall coincided with Covid-19's advent. It led to a six-month-long break at the international level. Since then, Kohli has not been the old Kohli. At times, his aggression has gone missing, he has been completely undone by the bio-bubble restrictions and looked clueless playing in front of empty stands. A player of Kohli's caliber cherishes the crowd support. Their energy rubs on him, helping him remain at his usual chirpy best. All this is lagging in his game nowadays!

Also, Team India's unbelievably hectic cricketing calendar hasn't helped Kohli's case. Despite some mini-breaks, he has almost been omnipresent for India and the RCB. The nearly-decade-long captaincy responsibilities (he became RCB's full-time skipper in 2013) also led to him being overburdened. Moreover, the BCCI captaincy row added salt to Kohli's wounds. The entire saga panned out in the open. Thus, it led to Kohli taking BCCI heads on, however, mentally he kept losing the battle with each passing day...

The dismissals depict a sad story...

Since April 2020, Kohli has fallen to spinners more often than not (51 out of his total 74 dismissals have been against the tweakers). In addition, he continues to remain lost regarding the fourth-fifth stump lines; chasing deliveries way out of his arc. At times, the gap between bat and pad has also widened alarmingly. Surely, he can't be far away from finding his peak once again. He is too good a player to miss out for too long. But, hasn't it already been a long wait? Has he become a victim of his greatness? Is he overcooked and desperately in need of a lengthy break?

Ravi Shastri on Star Sports: Virat Kohli is overcooked. If anyone needs a break, it's him. Whether it's 2 months or a month-and-a-half, whether it's after England or before England. He needs a break because he has got 6-7 years of cricket left in him and you don't want to lose that with a fried brain. He is not the only one. There might be 1 or 2 in world cricket going through the same. You need to address the problem upfront.

The answers lie within Kohli's mind. He knows his body and how his mind functions better than anyone (Taking the liberty to share a message for his plethora of fans: don't make him your main protagonist in every discussion. Don't even discuss him. Focus less on him. Outside noise needs to die down for Kohli to rise again).

Even the great Sachin Tendulkar had flaws. He, however, always found ways to tackle them. For now, Kohli is content with working on his strengths than weaknesses. Maybe he needs to slow down. Maybe, he needs to fight the bubble within before coming out of this crisis.

The engine surely needs an overhaul. At present, the damage has been done. But, King Kohli isn't one to be kept out for very long. Somewhere down the line, his usual form is still waiting for him. He just needs to redo the coding to function as usual.