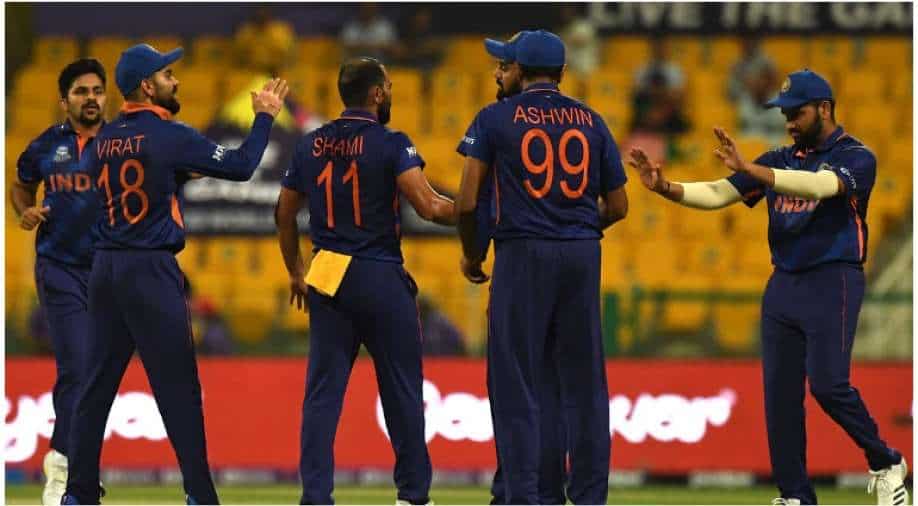 The forthcoming IPL season is very important for India's star bowler if he remains in the scheme of things for India's T20 World Cup selection.

The IPL 2022 edition is set to get underway on March 26, at the iconic Wankhede Stadium, Mumbai. This year's cash-rich league will be extremely crucial for Team India players as they will try to put their best foot forward to be added to the national side's T20 World Cup squad, with the showpiece event to be held later this year in Australia.

Among the bowlers, Jasprit Bumrah is sure to feature in the T20 WC squad (unless fitness concerns arise) but the same can't be said about Mohammed Shami. Shami has been a regular in Tests and also has good numbers in ODIs, but his T20I career isn't very impressive. For the unversed, the senior pacer has an economy rate of over 9 (9.54) in T20Is whereas he hasn't managed to contain the run-flow for various IPL franchises that he has represented over the years.

Thus, the forthcoming IPL season is very important for Shami. He is set to represent the Hardik Pandya-led Gujarat Titans (GT) after being bought by the debutant franchise for INR 62.5 million (INR 6.25 crore). As per a BCCI source, IPL will be a trial run for Shami to be in the scheme of things for India in the shortest format.

ALSO READ | Why does MS Dhoni don No. 7 jersey? CSK veteran answers the big question ahead of IPL 2022

“It’s difficult to sustain all-format bowlers for all conditions. Jasprit Bumrah is the only one who has excelled in all formats. This team management believes in presenting a clear picture to all the players. Shami will surely be spoken to,” a BCCI source was quoted as saying by TOI.

“His ODI career is much better placed. But this IPL will be a kind of trial for him to be considered for the T20 World Cup and he also understands it,” the source added.

ALSO READ | Success is theirs, failure is mine: Captain Hardik Pandya shares his philosophy ahead of IPL 2022

Shami was part of India's disastrous run in the 2021 T20 World Cup. However, he has often been rested by the selectors for T20I assignments, in order to keep him fresh for big-ticket limited-overs events or Tests. However, with a T20 WC round the corner once again, his IPL season will determine if he remains in contention to appear in India's WC squad.