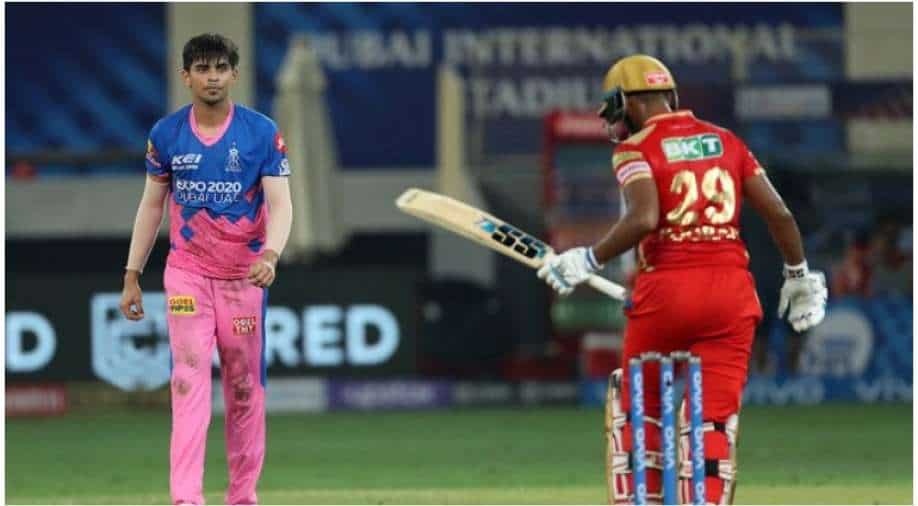 Punjab Kings (PBKS) and Rajasthan Royals (RR) were involved in a humdinger of a clash in match 32 of IPL 2021 edition, on Tuesday (September 21). Being asked to bat first, Sanju Samson-led Rajasthan Royals (RR) posted a healthy and competitive 185 all-out in 20 overs, at the Dubai International Cricket Stadium, Dubai.

In response, PBKS were off to a flier courtesy their openers KL Rahul (49) and Mayank Agarwal's fiery half-century. Courtesy their 120-run stand, PBKS were on course for an easy win and only needed 4 runs in the last over, with as many as 8 wickets in hand. However, the one-time runners-up couldn't hold onto their nerves and conceded a memorable 2-run win to the Royals.

During PBKS' run-chase when Rahul and Mayank were going bonkers, RR fielders didn't have the best of time as they dropped plenty of catches during their partnership. Rahul was given quite a few chances before he ran out of luck on 49. Just then, PBKS' official Twitter handle trolled RR hilariously but it was the latter who had the last laugh, off the field as well.

Held our nerves too. https://t.co/vfBOfPwAOS

Karthik Tyagi, 2 for 29, and Mustafizur Rahman's economical spell, 0 for 30 in 4 overs, led to RR's narrow win when many had written them off in the contest. With this win, Royals have now taken the fifth spot and remain alive in the playoffs race.