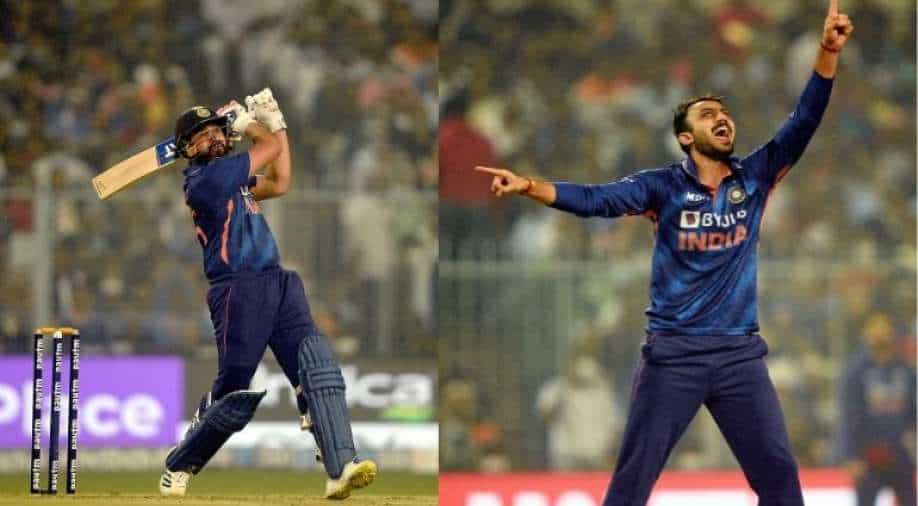 With this win, India won the three-match series 3-0 and now both teams will square off in two-match Test series, beginning Thursday in Kanpur.

Chasing 185, New Zealand got off to a horrid start as Axar Patel took the first three wickets inside five overs.

Daryl Mitchell (5), Mark Chapman (0) and Glenn Phillips (0) all failed to leave a mark with the bat and the visitors were reduced to 30/3. Martin Guptill and Tim Seifert then got together at the crease and the duo retrieved the innings for the visitors.

India skittle New Zealand out for 111 and win the final T20I by 73 runs to take the series 3-0.#INDvNZ | https://t.co/ZzuqcIe2Ih pic.twitter.com/KJMmGe2G1D

Guptill brought up his half-century in the 10th over of the innings and the Kiwis needed 117 runs to win from 60 balls.

However, the right-hander Guptill (51) perished off the bowling of Yuzvendra Chahal and New Zealand was reduced to 69/4 in the 11th over.

New Zealand kept on losing wickets at regular intervals, and in the end, the visitors stumbled to a 73-run loss.

Earlier, Rohit Sharma played a knock of 56 runs as India posted 184/7. Opting to bat first, India got off to a flying start as openers Rohit Sharma and Ishan Kishan put on 69 runs inside the first six overs.

However, the introduction of Mitchell Santner paid off as he dismissed Kishan (29) and Suryakumar Yadav (0) in the seventh over, reducing India to 71/2.

Rishabh Pant (4) failed to leave a mark with the bat as he was sent back to the pavilion by Santner and India was reduced to 83/3 in the 9th over.

IN PICS: From 'John' the bookmaker to Paine's sexting: Controversies that have tainted Australian cricket since 1981

However, Rohit kept on going all guns blazing and he brought up his half-century in the 11th over of the innings. As soon as he brought up the landmark, Rohit (56) was dismissed by Ish Sodhi, owing to a remarkable caught and bowled.

Shreyas Iyer and Venkatesh Iyer then got together at the crease and the duo did not let the momentum drop for the hosts. The duo put on 36 runs for the fifth wicket, however, this stand was broken by Trent Boult as he dismissed Venkatesh (20).

In the very next over, Adam Milne got the better of Shreyas (25) and India was reduced to 140/6. In the final three overs, the Men in Blue managed to add 36 more runs, taking the score past the 180-run mark.

Deepak Chahar played a cameo of 21 runs off just 8 balls as India posted more than a competitive total on the board.