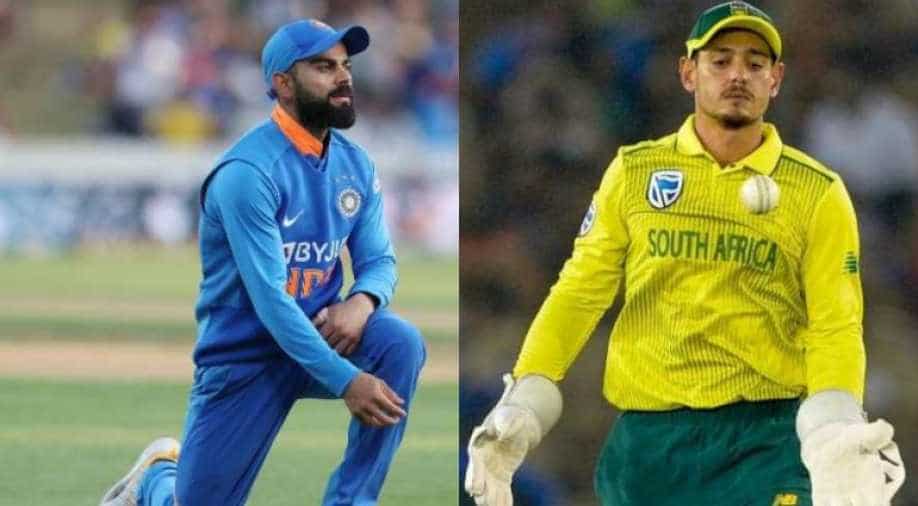 After a disappointing New Zealand tour, Team India would be looking to rectify their mistakes and get back to winning ways in the day/night encounter when they kick-start the three-match ODI series against South Africa on Thursday (March 12) at the Himachal Pradesh Cricket Association Stadium in Dharamsala.

India are coming into the ODI series after a shambolic tour of New Zealand, where the Men in Blue were whitewashed in the ODI and Test series by the hosts. Even though India did sweep the T20I series against the Black Caps, the defeats in ODI and Test series overshadowed their feat in the shortest format of the game.

India would be welcoming some of their experienced guns in the ODIs against the Quinton de Kock-led outfit. The likes of Shikhar Dhawan, Bhuvneshwar Kumar and Hardik Pandya would be returning to the senior team after proving their fitness in the recently concluded DY Patil T20 Cup whereas the likes of Mohammed Shami and Mayank Agarwal have been rested from the three-match rubber.

The Virat Kohli-led Men in Blue would be absolutely desperate to taste victory in the ODI series but have to be wary of South Africa's recent form in the limited-overs circuit.

The Proteas are coming into the series after defeating Australia 3-0 in the recently-concluded ODI series. Even though the Proteas suffered defeats in the T20I series against Australia and England, they were absolutely brilliant on the field in each and every department of the game in both the series.

This will be India's final international assignment prior to the Indian Premier League (IPL) 2020 and the fans would hope to witness the best from Team India in the series. In the last 10 ODIs between India and South Africa, the Men in Blue have been victorious seven times whereas the Proteas have won just three matches in the shorter format of the game.

Overall, India and South Africa have played as many as 84 ODI matches in which India has won 35 matches whereas Proteas lead the head-to-head battle with 46 wins under their belt while three matches have ended in a no-result.

However, India holds a slight edge whenever they have hosted South Africa in ODIs. Out of 28 ODIs hosted by India, the Men in Blue have won 15 matches whereas South Africa has come victorious 13 times.

Indian skipper Virat Kohli would be hoping to end his poor run of form when he takes to the field in Dharamsala on Thursday. While Kohli had a torrid run in the recently concluded tour of New Zealand, the swashbuckling right-handed batsman hasn't scored a century in his last 22 innings across formats with his last ton coming against Bangladesh at the Eden Gardens in 2019 in what was India's first-ever pink-ball Test match.

The return of Faf:

For South Africa, Faf du Plessis will mark his return to the ODI squad since the conclusion of ICC World Cup 2019. Even though the Proteas have seen de Kock taking over the leadership duties, du Plessis' experience could come in handy if the visitors want to stun India at their own den.