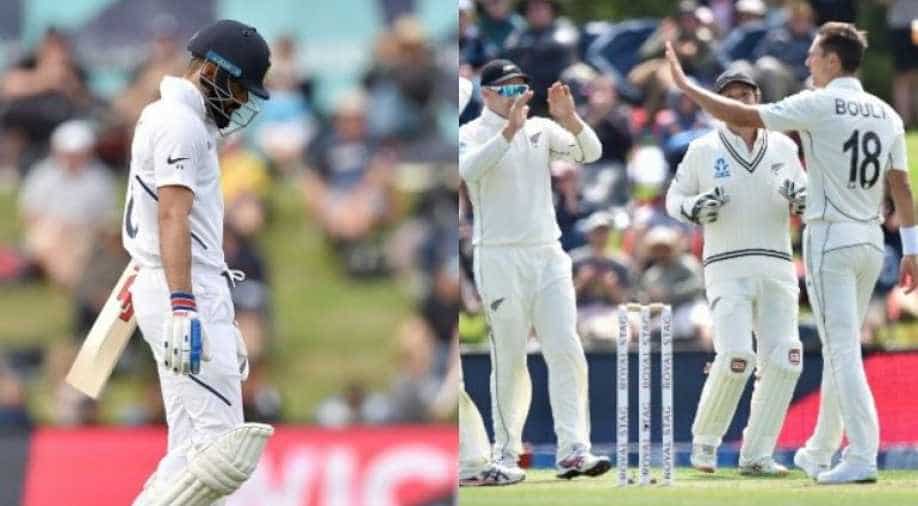 New Zealand's new pacer spearhead Kyle Jamieson took his first 5-wicket haul in his Test career for the Blackcaps and sored 49 runs in the first innings for New Zealand. He was adjudged the Man of the Match.

New Zealand whitewash India yet again but this time in the two-match Test series. Kiwi seal 7 wickets win over India on the third day of the five-day Test match at Hagley Oval, Christchurch.

New Zealand's were consistent with their bat and bowl. India was bowled out on 242 runs in the first innings after half-centuries by Prithvi Shaw, Cheteshwar Pujara and Hanuma Vihari. New Zealand's new pacer spearhead Kyle Jamieson took his first 5-wicket haul in his Test career for the Blackcaps (5/45).

In reply, New Zealand was bowled out on 235 runs handing 7 runs lead to India. Tom Latham scored 52 runs for the Kiwis and Kyle Jamieson shined with the bat too, after scoring 49 runs.

India failed to capitalise on the lead in the second innings and lost wickets in quick succession. They were bowled out on 124 runs. Pacer duo Boult and Southee scalped 7 wickets to shatter Indian hopes of a series equaliser setting the target of 132 runs.

The tour has been more of an eye-opener for the Indian side, they began the visit with a 5-0 win over Kiwis in T20 series. But they were on the back foot after a 3-0 loss to Black Caps in the ODI series and now a 2-0 loss in the Test series.