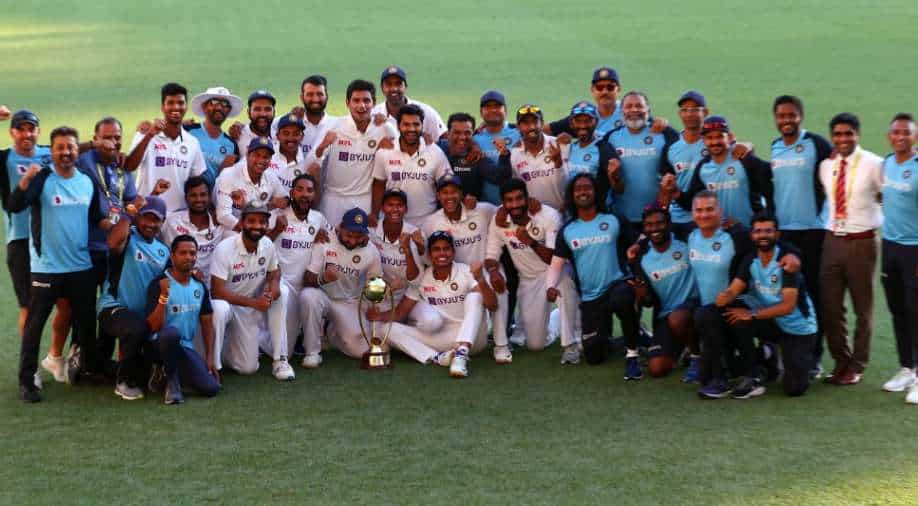 The Team India squad for the much-awaited ICC World Test Championship (WTC) final, which will be played against New Zealand at the Ageas Bowl in Southampton, is likely to be picked on Friday (May 7).

The Team India squad for the much-awaited ICC World Test Championship (WTC) final, which will be played against New Zealand at the Ageas Bowl in Southampton, is likely to be picked on Friday (May 7).

While not many changes are expected in the Indian Test squad, which played against New Zealand, there are talks over whether to leave Hardik Pandya out, due to him not being able to bowl full-tilt. The Chetan Sharma-led Indian selection committee is expected to pick a jumbo squad consisting of four openers, five middle-order batsmen, around nine pacers and three wicket-keepers, according to reports.

However, the exact size of the Indian squad will depend on BCCI advisory on whether to select the squad for just the WTC final or for the five-Test series against England.

The final of the World Test championship will be held from June 18 to 22 with a reserve day.

Four openers – Rohit Sharma, Shubman Gill, KL Rahul and Mayank Agarwal are set to retain their spots with a chance of Prithvi Shaw missing out on the call.

The selectors could pick young pacer Prasidh Krishna, who impressed in the white-ball leg against England and in the IPL. The likes of Jasprit Bumrah, Mohammed Siraj, Shardul Thakur, Umesh Yadav are likely to retain their places. Mohammed Shami and Ravindra Jadeja are also set to make a comeback along with Hanuma Vihari.

Ravichandran Ashwin and Axar Patel are a surety to retain their spots in the Test team just like Cheteshwar Pujara, Ajinkya Rahane and Virat Kohli. Washington Sundar is also likely to get the nod for the WTC final squad.