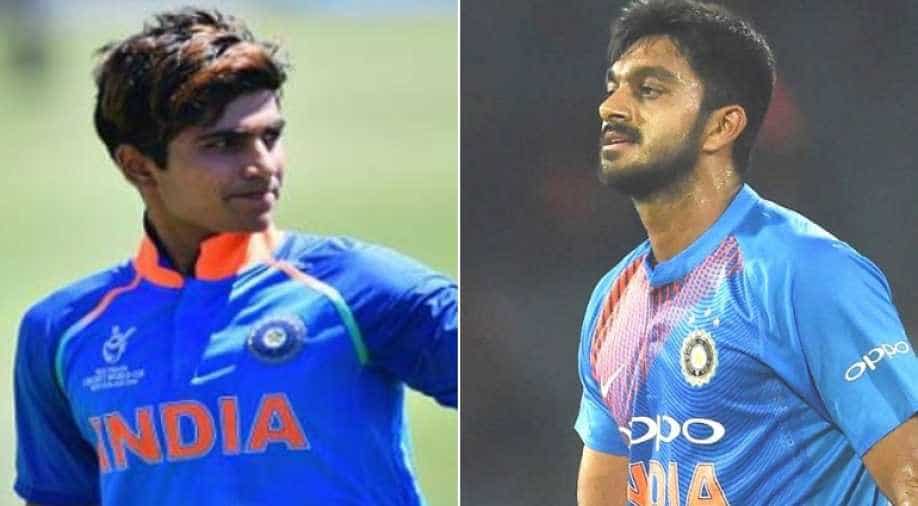 The BCCI has suspended all-rounder Hardik Pandya and batsman KL Rahul from all formats of cricket over their sexist comments made on a TV show.

All-rounder Vijay Shankar and batsman Shubman Gill have been called up to fill the vacant spots in the Indian cricket team after Lokesh Rahul and Hardik Pandya were ordered home ahead of India vs Australia one-day series.

Shankar will replace Pandya for ongoing ODI series in Australia while Gill will be joining the national team during the limited over series in New Zealand.

The Board of Control for Cricket in India (BCCI) has suspended all-rounder Pandya and batsman Rahul pending an enquiry from all formats of cricket over their sexist comments made on a TV show.

Both the players were criticised and faced a major backlash on social forums for their misogynist comments and have been suspended pending an inquiry, ruling them out of the three-match ODI series.

"Vijay Shankar will join the team before the start of the 2nd ODI in Adelaide," BCCI said, referring to Tuesday's match.

BREAKING NEWS: 19-year-old Shubman Gill has been called up to the India senior squad for the first time.

He and Vijay Shankar will replace KL Rahul and Hardik Pandya for their tours of Australia and New Zealand.

"Initially, the selectors had picked Mayank Agarwal for K L Rahul and Vijay Shankar for Pandya but it has been learnt that Agarwal is nursing a niggle."

"That is why the team management has asked for only one replacement in Australia and that is Shankar. And Gill is being rewarded for his good show in Ranji Trophy and A-tours," a source close to the selection committee told PTI.

The 25-year-old Pandya had boasted about hooking up with multiple women on the Sunday episode of the Karan Johar-hosted show.

Rahul was also on the programme and watched his teammate's antics, which sparked outrage on social media and condemnation from skipper Virat Kohli who made clear the comments did not reflect the culture within the squad.

In the absence of both the players, India crashed to a 34-run defeat in Sydney on Saturday and the next game is in Adelaide on Tuesday.