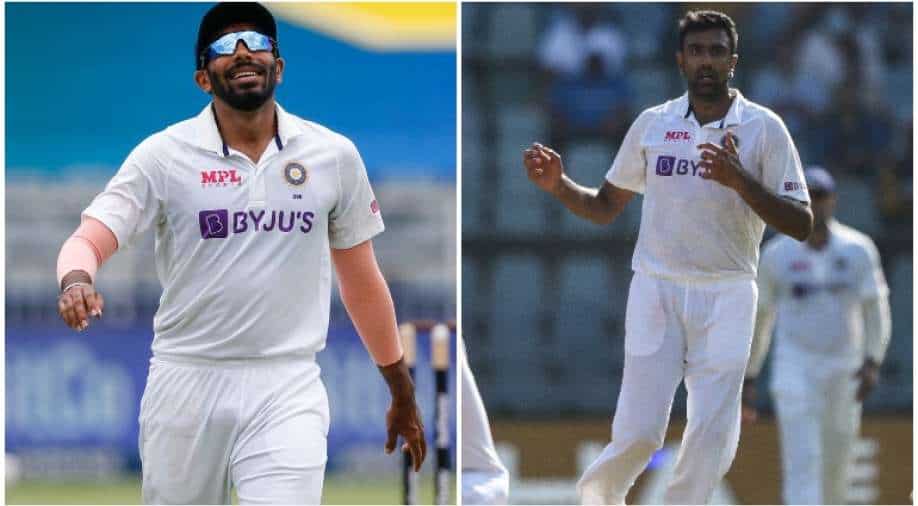 Before the start of Day 2 of the J'burg Test, Jasprit Bumrah replicated R Ashwin's bowling action, which also caught the attention of the off-spinner. Watch the video:

KL Rahul-led Team India had a herculean task to stop the Dean Elgar-led South Africa from taking a whopping lead on the second day's play, after the visitors fell for 202 on Day 1 of the Johannesburg Test on Monday (January 3). Before the start of the day's play on Tuesday (January 4), the ace pacer Jasprit Bumrah replicated R Ashwin's bowling action.

Just when the visitors were warming up before taking the field for the second day's play, the 28-year-old speedster -- who had earlier impersonated Ravindra Jadeja's bowling action in the nets during 2021 T20 World Cup -- copied Ashwin's bowling action perfectly. The 35-year-old Ashwin, on the other hand, took note of Bumrah's antics and chuckled seeing his action being imitated to perfection.

Here's the video of Bumrah's replication and Ashwin's unmissable reaction:

Make Bumrah bowl off-spin and SA won't realise that it's not Ashwin they're facing #INDvSA pic.twitter.com/NnYY8jP9oU

ALSO READ | Out or not out? Rassie van der Dussen's dismissal in 2nd Test against India sparks controversy - WATCH

Talking about the state of the match, India went to the tea break with SA reeling at 191-7, being 11 runs behind India's tally (202), on Day 2 of the penultimate encounter at The Wanderers, Johannesburg. Shardul Thakur's maiden five-fer removed the Proteas' top and middle-order as the contest remains in the balance.

For the unversed, India lead the three-match Test series 1-0 after the 113-run win in the Centurion tie.