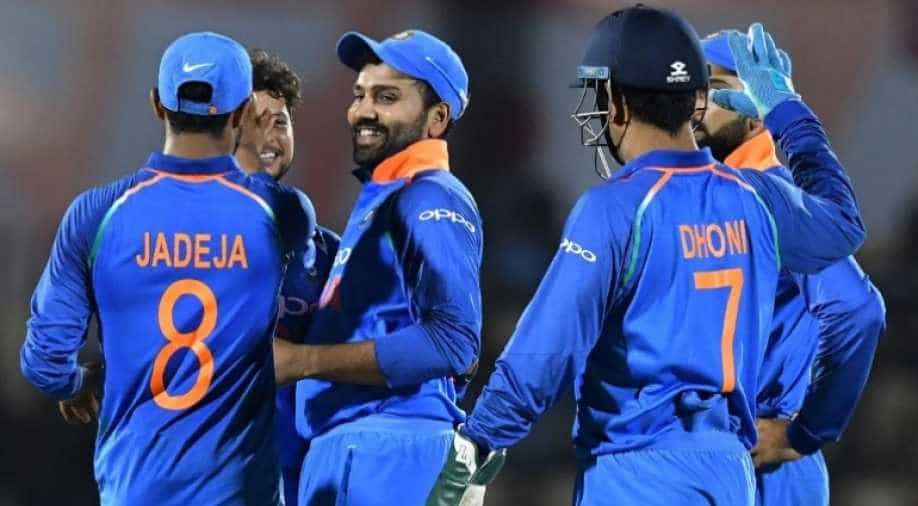 The third ODI is also likely to see the return of Hardik Pandya, who was suspended along with KL Rahul for his controversial remarks.

Indian cricket team's New Zealand tour has appeared to be a one-way contest. The spin attack in skipper Virat Kohli’s arsenal has made the Kiwis batting line-up appear feeble and weak. As the two teams meet again for the third ODI on Monday, the men in blue will look to seal the series, already having a 2-0 lead in the five-match ODI series.

The third ODI is also likely to see the return of Hardik Pandya, who was suspended along with KL Rahul for his controversial remarks. The all-rounder's return will ensure balance in the ODI side, something even Kohli has admitted time and again.

His replacement Vijay Shankar, who was only given two overs in the second ODI, did not create the impact and Pandya, at No. 6, could prove useful in the batting department as well.

New Zealand will look to find the solution to the wrist-spin duo of Kuldeep Yadav and Yuzvendra Chahal, who accounted for 12 of the 20 wickets in the first two ODIs.

Meanwhile, in the batting department, India have benefitted with the return of Shikhar Dhawan to form. He scored an unbeaten 75 in the first ODI before making 67-ball 66 in the second game. Vice-captain Rohit Sharma made up for a poor show in the first ODI by bringing up his 14th century stand with Dhawan.

For the Black Caps, none of the other batters could convert their starts except captain Kane Williamson had top-scored in the first ODI with his 36th half-century, and all-rounder Doug Bracewell made a 46-ball 57.