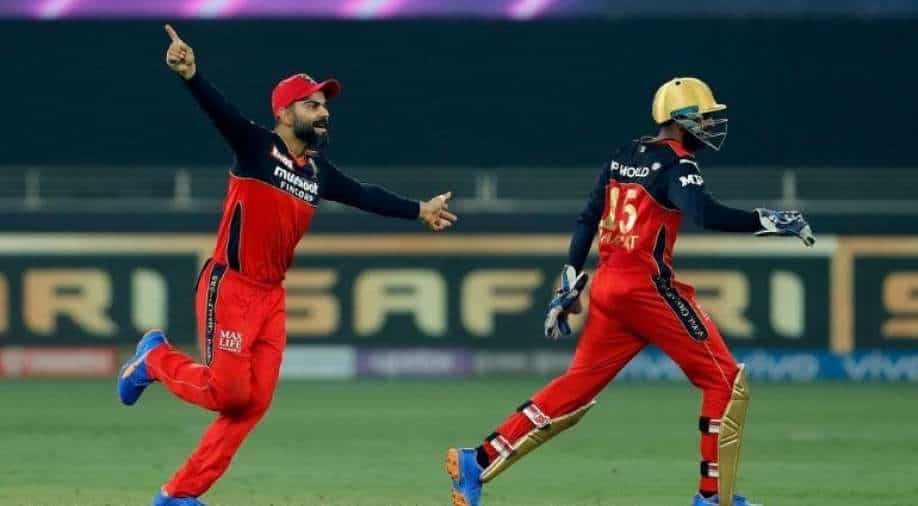 IPL 2021: Ahead of RCB's encounter versus DC, Virat Kohli dropped a bomb regarding his decision to step down as Bengaluru captain post the UAE leg.

Virat Kohli dropped a bomb on September 19, the day when the second and final leg of IPL 2021 commenced in the UAE. After announcing his decision to step down as India's T20I captain post the World Cup, the 32-year-old surprised one and all once again when he shared that the IPL 2021 UAE leg will be his last as Royal Challengers Bangalore's (RCB) captain.

Ahead of RCB's last league stage encounter, where they have have locked horns with the top-ranked Delhi Capitals (DC) in Dubai on Friday evening (October 8), Kohli shared his thought process behind stepping down from Bengaluru's captaincy.

"About this decision, I had spoken to AB in 2019. It's not new. With the IPL, I was always in a space where I wanted to create a peaceful environment.. We had this discussion and then I thought we will give it one more year. A restructuring of the management happened and things were much better in 2020. I felt a little more relaxed in that stage," Kohli told Star Sports.

Meanwhile, De Villiers also opined on playing under Kohli. He stated, "Virat Kohli has had an unbelievable run as captain. I am privileged to play under him. I have been a fan of him letting it go for the last few years purely because of the pressure he has taken on board over the years with the Indian team and the IPL. I felt that this could be an environment where he could have a little bit of fun. Sort of step away from Indian cricket and have a little bit of fun in the T20s in the IPL with all the friends and then go into the high-pressure environment with India in all the formats."

"That's been the chat for the last couple of years. It's got nothing to do with his ability as captain. We all know that, he has been unbelievable for us. He has always led from the front and made the best possible decisions for the team and I think he has had a fantastic run. I would absolutely love to put the cherry on the cake and finish the season with a trophy," ABD added.

In Kohli's last season as RCB captain, he has a chance to lead the franchise to their maiden IPL title as the three-time champions have already qualified for the playoffs with 8 wins from 13 encounters. The squad will be motivated to win it for Kohli and give him a perfect send-off.

So far, RCB have qualified for the playoffs on three occasions under Kohli, ending as runners-up in IPL 2016 season.