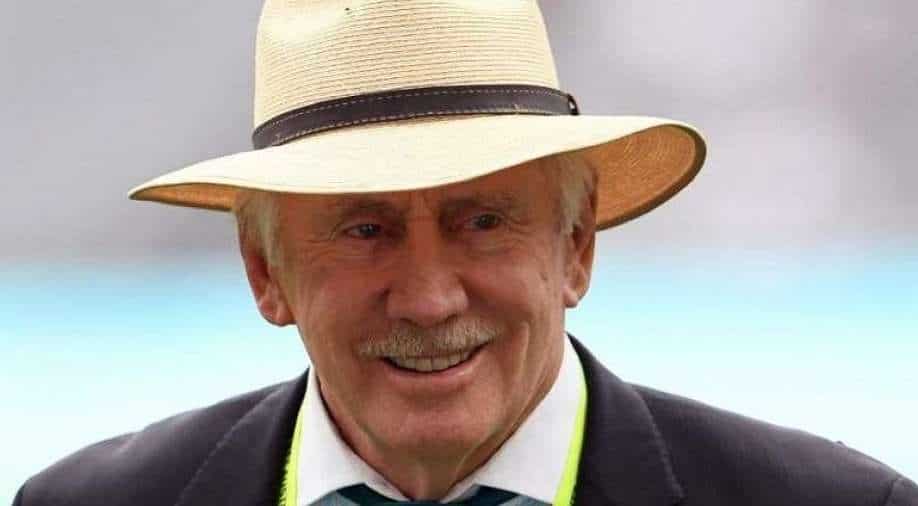 Langer recently stepped down from his post of Australia`s head coach after the 51-year-old former opener was told by Cricket Australia (CA) that he will get only a fresh six-month contract after his first term expired in June this year.

Chappell voiced his displeasure over the criticism Test skipper Pat Cummins and CA have received from the likes of Shane Warne, Adam Gilchrist, Ricky Ponting and Steve Waugh, who were all Langer`s team-mates during his playing days.

Speaking to Wide World of Sports, Chappell said, "It`s easy to lambast Cricket Australia, because they are not very good, and it was only to be expected, their reaction."

"What annoys me is two things; the fact Pat Cummins, who has probably been as honest as you can be in this sort of thing, that he`s copped a bit of a pasting... and the Justin Langer PR machine has been at work, and in a lot of cases that`s been believed," he said.

Chappell said that Cummins, who alongside former Test skipper Tim Paine and white-ball captain Aaron Finch was involved in mediation with Langer and CA last year, should have a say in who coaches Australia next.

Langer reportedly had an uneasy relationship with some players in the squad, and things came to a boil following Australia`s away defeat to Bangladesh in a T20I series last year. The CA management, Paine, Cummins and Finch, among others, had to sit down to resolve the crisis.

"And within reason I think the captain has got to get the coach that he gets on with, and works well with," Chappell added.

Meanwhile, former New Zealand captain Brendon McCullum expressed his doubt over how well Langer coached Australia from a performance perspective. While McCullum praised Langer for his work in restoring public faith in the team following the Cape Town ball-tampering scandal, he believes that Langer`s impact on the field has been overstated.

"England are hopeless, so I think anyone that was at the helm in the Ashes, they would have won that," he told SENZ Breakfast. "The T20 World Cup was a really good performance, but aside from that, the performance was just a bit middling for an Australian cricket side."