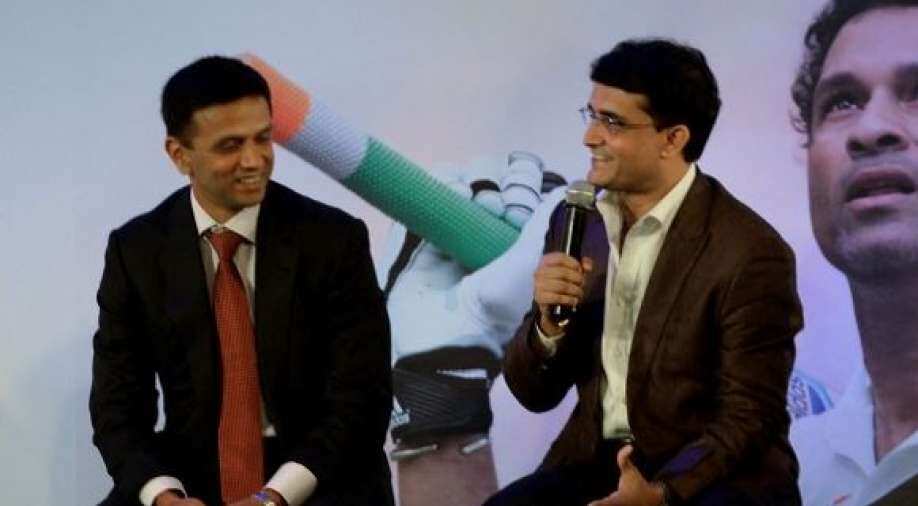 The Board of Control for Cricket in India (BCCI) president on Monday heaped praise on Rahul Dravid for nurturing young talents and looking after second-string players who have performed brilliantly for Team India after coming through the ranks.

The Board of Control for Cricket in India (BCCI) president on Monday heaped praise on Rahul Dravid for nurturing young talents and looking after second-string players who have performed brilliantly for Team India after coming through the ranks.

After leading Team India during their respective playing careers, both Ganguly and Dravid have now become the face of Indian cricket but in different roles. While Ganguly is the president of the Indian cricket board, Dravid is in charge of the National Cricket Academy (NCA) in Bengaluru. Dravid has taken the role of grooming young talents with the likes of Shubman Gill, Rishabh Pant, Mohammed Siraj, Washington Sundar, Prithvi Shaw among many others representing Team India.

ALSO READ: WTC Final: How do India and New Zealand fare at Ageas Bowl in Southampton? A look at key stats

“I always say that Rahul Dravid has done a great job at the NCA (in Bangalore) as he looks after the second-string players. Mohammed Siraj, you know I see a lot of talent in him, Shardul Thakur every time they have got opportunities they have just stood up," Ganguly told India Today.

India's bench strength was tested during their Test series against Australia and England when many of the key players picked up injuries. While senior players were down and out due to injuries, players like Siraj, Washington, Pant, Natarajan and Shardul Thakur stood up in their absence. India won the four-Test series against Australia 2-1, the Virat Kohli-led side dominated England to bag the series 3-1.

“We spoke about Bumrah for all of last year, but India wins without him as well. In Australia, the last Test match, Shardul Thakur, Mohammed Siraj, no Ishant Sharma in the squad, and you beat Australia in Australia. That's remarkable,” Ganguly added.