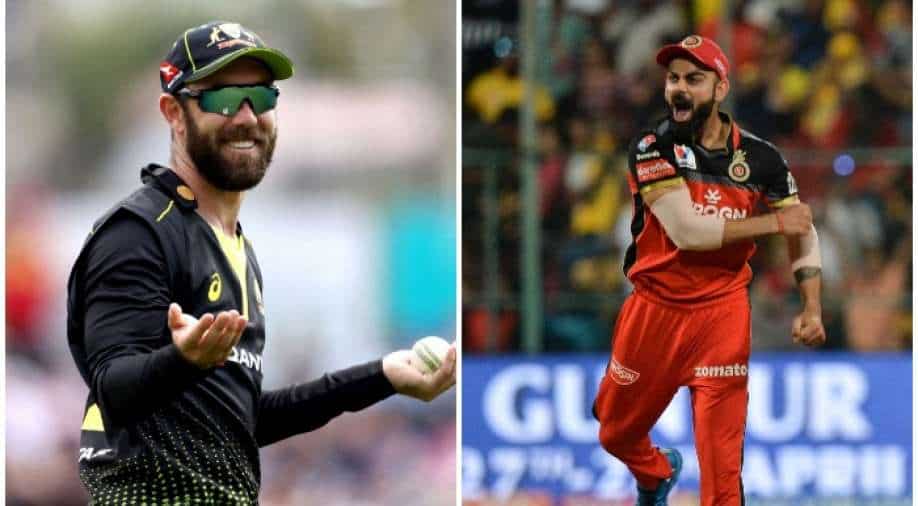 Royal Challengers Bangalore (RCB) captain Virat Kohli was full of praises for his team-mates, especially Harshal Patel and Glenn Maxwell, as the Bengaluru outfit got off to a rollicking start in the Indian Premier League (IPL) 2021 by defeating defending champions Mumbai Indians (MI) by two wickets in Chennai on Friday.

Royal Challengers Bangalore (RCB) captain Virat Kohli was full of praises for his team-mates, especially Harshal Patel and Glenn Maxwell, as the Bengaluru outfit got off to a rollicking start in the Indian Premier League (IPL) 2021 by defeating defending champions Mumbai Indians (MI) by two wickets in Chennai on Friday.

RCB roped in Maxwell at the auction for a whopping INR 14.25 crore despite the Aussie having a torrid IPL 2020 with Kings XI Punjab (now Punjab Kings). However, Maxwell answered his critics in style while showing why the RCB management was spot on to spend heavily for his acquisition.

After the IPL 2021 season opener against MI, RCB captain Kohli said that Maxwell’s knock of 39 runs off 28 deliveries was the game-changer as he put the pressure back on the bowlers. Kohli revealed that RCB wanted to allow Maxwell to play a few deliveries before bringing his array of shots into the game rather than slogging from the word go while adding it was important to play the strongest side in the tournament (MI) and test themselves against the best.

ALSO READ: First game could be my last: Chris Lynn on running out captain Rohit Sharma in IPL 2021 opener

“We won the first match last year as well that we played. It was important to play against the strongest side in the competition and test our side. Everyone was involved in this game, and when you win by two wickets, it means that everyone has gone in and played. A lot of options for me as well that helped bringing the game back. The pitch was looking decent in the first half, but to be honest, with the old ball the length ball was difficult to get away. That is why those partnerships between Maxi and me and then between AB and Maxi was really important. It's not a pitch where you can just hit through the line. You have to be smart with picking the gaps and running hard. Playing in Chennai you have to be respectful of that. The shot that Pollard got out to, in Wankhde it would've sailed into the crowds,” Kohli said in the post-match presentation on Friday.

“We came back well and used the conditions well. They came back well too after losing Rohit early and those last six overs for us were probably the best six we've ever had. We brought Harshal in a trade from Delhi. He is relishing the responsibility and is clear with his plans. He was the difference today. He is going to be our death bowler. As a captain you want players with clarity, and he has that. Jamieson started off well, Yuzi was good, Siraj was good too. In T20 cricket, clarity at the top of your mark is all you as for as a captain. Harshal was very clear with that and it was his day today.

“We wanted Maxi to bat at four. Rajat is a very solid player. He is an exciting player, plays spin well too. The thinking was that we wanted to give Maxi some balls at the start and not get him slogging right away. You saw the result today of him playing 10-15 balls. His innings was the game-changer. Had he stayed in we would've finished a couple of overs earlier. The opposition then gets nervous about AB. We have depth in the batting which we want to utilize. AB is probably the only one in the team who is so versatile. And he does it on slow wickets what not many can do. In a tricky chase you need experience at the back, and the opposition knows that if he doesn't get out, the bowlers get in a different headspace,” the RCB skipper added.

Man of the Match for RCB, @HarshalPatel23 gives us insights into his bowling after a brilliant performance against MI in the first match of #IPL2021 in Chennai.#PlayBold #WeAreChallengers #MIvRCB pic.twitter.com/VaRWykTbRe

While AB de Villiers stole the thunders with his terrific knock of 48 off 27 balls, it was Maxwell and Kohli who set the stage for the middle-order batters to finish the game for RCB. While Kohli scored 33 off 29, Maxwell posted 39 off 28.

Earlier, Harshal Patel picked up five wickets and became the first bowler to scalp a five-fer against Mumbai Indians.

RCB will next be in action against Sunrisers Hyderabad in Chennai on April 14.